Alarmed at the rise of antisemitic anti-Zionism in the US, encouraged by a biased media, Nina Avidar Weiner is going home to Israel.  Her family was expelled from Egypt and she finds Israel is being held to an unfair double standard (with thanks: Robin):

I was born in Alexandria, Egypt in 1933 into an educated middle-class Jewish family of mixed ethnic origins. My mother descended from a prominent Sephardic family that had settled a few generations ago in Jerusalem; my father was an Ashkenazi Jew from Kiev, Ukraine, who spoke 10 languages perfectly well and made aliyah in 1924. 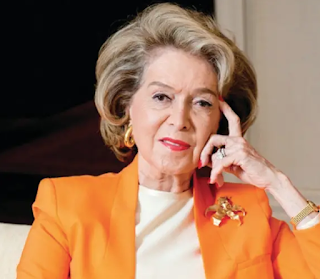 My parents were married in Tel Aviv in 1925 and moved to Alexandria in 1926 to be with one of my mother’s brothers. There was a cultured European atmosphere in Alexandria at the time. A dozen languages were heard in the streets. While I was growing up, we enjoyed going to operas, concerts, and ballets performed by Europeans companies; we spoke Hebrew and French at home.

Despite the many golden memories which some former Egyptian Jews have of their life in Egypt, the relationship between the 80,000-strong Egyptian Jewish community and the Muslim majority during the 1930s and ‘40s was tenuous at best, even prior to the 1948 Arab-Israeli war. Under the influence of Hadj Amin el-Husseini, the Grand Mufti of Jerusalem, the Egyptians hoped the Nazis would win World War II.

Antisemitism, a defining characteristic of the theocratic Arab countries, was on the rise in Egypt under the influence of the Islamic revivalist Muslim Brotherhood. It reached one of its many convulsive climaxes on May 15, 1948, when seven Arab countries invaded the newly created State of Israel. My father was taken by the Egyptian police at dawn and interned at Abukir, one of four camps erected at the time to intern Zionists and communists.

He stayed there for nearly a year until the police took him straight to the airport, where he was forcibly expelled from Egypt, never to return. My mother and I joined him with just three suitcases containing all our lifelong belongings.