MONTREAL (JTA)—A Jewish student leader at McGill University in Montreal is fighting efforts to oust her from the student union for accepting a trip to Israel and the Palestinian Authority.

Jocelyn Wright, a member of the Student Society of McGill University’s legislative council and board of directors, said she is “outraged and disgusted” by an SSMU call for her to resign Thursday for agreeing to the trip sponsored by Hillel.

Here is what Jocelyn Wright has to say about it in her own words:


Year after year, we have witnessed student leaders at McGill University being targeted as a result of their Jewish and pro-Israel identities. This year, that student is me.

I am a Jewish second-year Science student at McGill. I represent my peers to the Students’ Society of McGill University (SSMU) Legislative Council and serve on the Society’s Board of Directors.

This winter break, I have decided to participate in a trip called Face to Face that is being offered by Hillel Montreal, an organization that I have been involved with since I first arrived at McGill. The trip entails visiting Israel and the Palestinian territories to meet with politicians, journalists, and locals from all sides to better understand a very nuanced geopolitical conflict. As a Jew, my connection to Israel is a core aspect of my identity, and I hoped that this trip would help me to experience Israel through a new lens.

As a result of my decision to participate on the trip, last night, the SSMU Legislative Council voted to call for my resignation from my positions in student government. The SSMU President personally singled me out, and actively encouraged others to attack me. Only I was targeted, despite the fact that another non-Jewish Councillor will also be joining me on the trip. I am outraged and disgusted, but not surprised. This is not the first time that Jewish students at McGill have been bullied out of student government.

I have also been subject to attacks by members of student government in my own faculty. At Science’s General Council last week, I was blindsided and interrogated on-the-spot for almost two hours about my participation in Hillel Montreal’s trip. Not only were the questions designed to target and intimidate me, but I was purposefully prevented from having sufficient time to find the information they wanted.

This week, the Science Executive Committee also voted to give me an ultimatum: either I withdraw from the trip, or I resign from my position. If I do not resign, I am being implicitly threatened with impeachment upon my return.

Those who have sought to remove me from student government frame my participation as a Conflict of Interest issue. If that were the case, then why is a SSMU Executive with a pro-BDS sticker on their water bottle not facing the same scrutiny? Every member of student government holds a multiplicity of personal political opinions, yet we constantly and necessarily separate these from our roles as student representatives. They take issue not with the fact that I have other involvements, but that these other involvements are associated with a political view that they personally disagree with.

In the past, I was warned about getting involved in student leadership at McGill. The toxic environment, countless scandals, prohibitive anti-Israel sentiment, and anti-Semitism have led to a tainted image of an unfriendly campus for Jews. Two years ago, three students were voted off of the SSMU Board of Directors simply for being Jewish or connected to pro-Israel organizations. Last year, a Political Science summer exchange course taught at the Hebrew University of Jerusalem was the source of a controversy in which pro-Israel students were harassed and cyber-bullied. This year, I am feeling the discriminatory burden that our student politics routinely places on Jewish and pro-Israel students.

While the form may change, the messages are the same year after year. There is a double standard for anything that involves Israel at McGill. In this case, controversy surrounding my participation in Hillel Montreal’s trip resulted in a publicly humiliating witch-hunt, repeated interrogations of my personal life, and me being placed under an intensely unfair microscope. SSMU passed the International Holocaust Remembrance Alliance (IHRA) definition of anti-Semitism, which includes that holding Jews accountable for the actions of the Israeli government or holding Israel to a double standard is anti-Semitic. By scrutinizing only me for participating in a trip to Israel, SSMU is engaging in this kind of anti-Semitism by assuming I have to be held accountable for what the Israeli government is doing.

I have had friends and colleagues denounce, abandon, and slander me in professional contexts. I have been the subject of thinly-veiled and blatant anti-Semitism. Someone I used to consider a friend said I was “victimizing myself” when I voiced my concerns about my right to visit Israel as a Jewish student. On the other hand, I have had people I only knew in professional contexts before reach out and support me. Colleagues have turned into friends. Jewish and non-Jewish students alike have vocalized their support to me because they understand what’s happening is not right.

I am proud to be Jewish. Israel is the country with which I identify my heritage and culture, and I am lucky to call it a second home. My personal views do not preclude my sympathy for the continued suffering of the Palestinian people. I never hid my identity when I ran for my position. I am an open book, and Judaism is an integral part of who I am.

McGill’s student leaders consider themselves to be champions of equity, inclusivity, and diversity. I am appalled that McGill politics continues to exclude and discriminate against Jewish students.

It is time to end this pattern of anti-Semitism deeply embedded in the SSMU that continually targets Jewish or Zionist students year after year. We must demand better of the people we elected to serve us.

I am Jordyn Wright, and I will not resign. 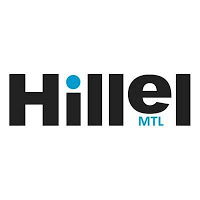 Hillel Montreal is deeply concerned and gravely disappointed with the passing of a motion by the Students Society McGill University (SSMU) Legislative Council that calls for the resignation of a SSMU councilor who has chosen to apply for and attend Face to Face – Hillel Montreal trip, an opportunity to explore the nuances and complexities of Israeli and Palestinian societies, politics and the geopolitics of the Middle East. The SSMU Council has abused its authority, defying its own constitutional processes in order to attack this program and the students involved. Despite rulings from SSMU’s highest governing body clearing participants of any wrongdoing, those involved have been subjected to hours of hostile questioning and have had their reputations disparaged in Council because they have chosen to take part in a legitimate exploratory trip to engage with Israelis and Palestinians. The SSMU council is trying to deny these students the ability to exercise their personal and academic freedom in order to become better informed, an act that goes against SSMU’s duty to enrich the lives and intellectual pursuits of McGill Students. This inequitable decision cannot be allowed to stand. Hillel strongly supports and will continue to stand behind all students affected by this antisemitic and anti Israel rhetoric.