Written and submitted by Arlene Kushner.

Shabbat starts late at this season, which allows me the time to do a post – but even so, Shabbat is Shabbat and this will be brief.
The nine-month negotiating deadline of April 29 came and went with no resolution of the issues, and no promise of an extension of the talks. So we can breath a sigh of relief.  It should not, however, be too large a sigh.  Somewhere, somehow, it’s going to come back to haunt us yet again.
For the meantime, Kerry has actually declared that he thinks it’s best now to take a “pause” and to re-evaluate what is possible and what is not.  What he means by “pause” is exceedingly vague.  Is he looking at a couple of weeks or several months or even a year?
What he said was:

“I personally remain convinced that as each [side] sort of works through the reasons that things began to become more difficult in the final hours, there may be quiet ways within which to begin to work on next steps.”

How ludicrous this is.  Fatah is now negotiating a unity government with Hamas.  And that’s after Abbas signed for membership with international agencies in abrogation of agreements in effect during the period of negotiations.
~~~~~~~~~~
But Kerry is something of a de facto lame duck secretary of state now anyway.  There have been calls for his resignation, but undoubtedly he’ll hang in there.
The declaration that he was no longer fit to be secretary of state (they just noticed?) was prompted by a statement he made recently that crossed the line.  What he said was:

“A two-state solution will be clearly underscored as the only real alternative. Because a unitary state winds up either being an apartheid state with second class citizens, or it ends up being a state that destroys the capacity of Israel to be a Jewish state.”

http://www.thedailybeast.com/articles/2014/04/27/exclusive-kerry-warns-israel-could-become-an-apartheid-state.html
Kerry said this during remarks to world leaders at the Trilateral Commission; a recording of his words was obtained by The Daily Beast.
He also delivered other warnings to Israel – such dire warnings being his stock in trade when trying to get Israel to do what he wants.  There might be a resumption of Palestinian Arab violence against Israeli citizens, he said.  And he suggested that a change in Israeli leadership might made a peace deal more feasible.
~~~~~~~~~~
The suggestion that Netanyahu should be replaced so that his [Kerry’s] goals might be advanced is terribly out of line. But it pales next to the “apartheid” charge, which rang all sorts of bells, with some calling it anti-Semitic.
The accusation that Israel is “apartheid” is a basic part of the Palestinian Arab litany of charges against Israel.  It is a ludicrous charge, and any one who understands the first thing about what apartheid South Africa was like knows this.  In that South Africa, blacks were kept entirely separate, had to live in their own areas, and to maintain separate, inferior services.

Here in Israel, Arabs who are Israeli citizens have full human rights – no different from those of Jewish Israelis. All professions are open to them, they can move anywhere, they are treated in the same hospitals, attend the same universities, receive the same social service benefits, vote and serve in the Knesset, etc. etc. Apartheid? Arabs in Israel receive better treatment than Arabs anywhere else in the Middle East.
Of course, in fairness, Kerry just said we might become apartheid.  Still ludicrous.  He was painting a picture of an Israel that had annexed all of Judea and Samaria, but had not given the vote to all the Arabs in that area.  But denying full citizenship with voting rights to certain groups is still not remotely the same as apartheid.  Even now, Palestinian Arabs who live in areas controlled by the PA – and are not Israeli citizens – are able to come into Israel for work, and are sometimes treated in Israeli hospitals.
MK Moshe Feiglin put it thus:

“there is a clear and recognized difference between human rights and civil rights,”

then the U.S. has an apartheid regime in Puerto Rico, Guam, the Virgin Islands, the Northern Mariana Islands and American Samoa.
http://jpupdates.com/2014/04/30/likud-mk-moshe-feiglin-kerrys-set-terms-u-s-apartheid-regime/
~~~~~~~~~~
After Kerry made his egregious “apartheid” remark, PA officials began echoing him. This has happened again and again – Kerry and Obama set the tone for the Palestinian Arabs to become more hard nosed and intransigent.  Thus we had chief PLO negotiator Saeb Erekat declaring:

“We believe that the international community must clarify to Israel that it’s choice of settlements and apartheid over peace will have political, legal, and financial ramifications.”  (Emphasis added)

~~~~~~~~~~
We must ask, as well, how Kerry had the gall to speak of Israel as potentially apartheid, at the same time that he is championing a Palestinian state that would be Judenrein.
~~~~~~~~~~
Prime Minister Netanyahu, in a speech in Tel Aviv yesterday, announced intention to promote a basic law defining Israel as the nation-state of the Jewish people.  Israel has no written constitution, and the body of basic law serves in lieu of that constitution.
There is hardly anything radical about this concept, as it is embedded in the Israel’s Declaration of Independence:

”the Land of Israel…was the birthplace of the Jewish people. Here their spiritual, religious and political identity was shaped. Here they first attained to statehood, created cultural values of national and universal significance and gave to the world the eternal Book of Books.

“After being forcibly exiled from their land, the people kept faith with it throughout their Dispersion and never ceased to pray and hope for their return to it and for the restoration in it of their political freedom… 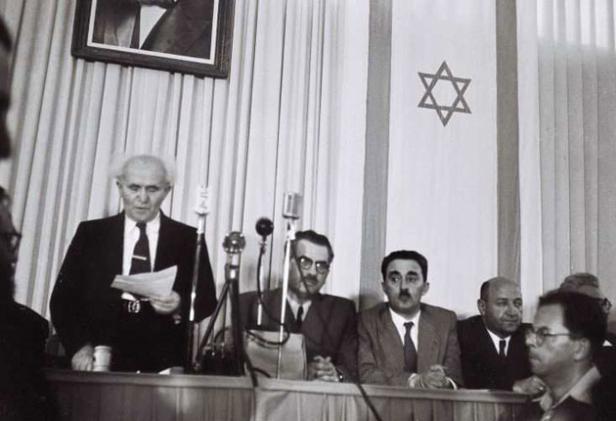 “In the year 5657 (1897), at the summons of the spiritual father of the Jewish State, Theodore Herzl, the First Zionist Congress convened and proclaimed the right of the Jewish people to national rebirth in its own country.

“This right was recognized in the Balfour Declaration of the 2nd November, 1917, and re-affirmed in the Mandate of the League of Nations…

“This right is the natural right of the Jewish people to be masters of their own fate, like all other nations, in their own sovereign State.”  (Emphasis added)

And yet, incredibly, Minister Tzipi Livni objected to what our prime minister proposed to do because it would

“disrupt the delicate balance of Israel’s Jewish and democratic values.”/

http://www.timesofisrael.com/livni-bashes-pms-plan-to-codify-israels-jewish-status/
To this I say Heaven help us!  This is how far we’ve lost our way.
This requires a good deal of discussion, and I would like to return to this at some point. Here I must be brief:
As was pointed out above, human rights are not the same as civil rights.  The concept of (collective) civil rights is often used by enemies of Israel in an attempt to destroy the Jewish nature of Israel. Collective civil rights would refer to Muslim Arabs not as individuals whose rights (to study, receive medical care, to freely walk the streets and shop everywhere, etc. etc.) must be guarded, but as a people who require opportunities for national expression.
I am not suggesting that Livni overtly intends to destroy Israel.  Not at all. What I see is that, like many on the left, she has bought into these concepts in a manner that is counterproductive to Israel’s best interests.
Israel’s anthem refers to the Jewish soul. Israel’s flag has a Star of David on it.  Israel shuts down on Jewish holidays.  There are those who yell that this is “unfair” to Israel’s Arab citizens and demand changes.  Their intention is to do away with the Jewish nature of Israel.  The term they use is a “nation of all its citizens.” 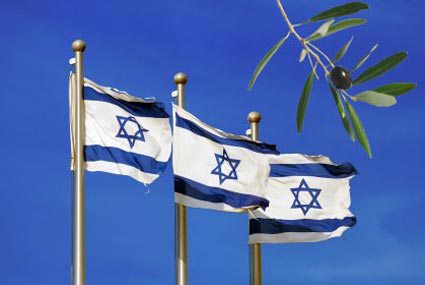 There is a myriad of states that are either Arab or Muslim or both. There is one Jewish state in the world.  It is ours, and it must remain proudly so. This does not mean we are not a democracy.
~~~~~~~~~~
Barely touching the surface, and here I say Shabbat Shalom.

© Arlene Kushner. This material is produced by Arlene Kushner, functioning as an independent journalist. Permission is granted for it to be reproduced only with proper attribution.  Contact: akushner18@gmail.com

If it is reproduced and emphasis is added, the fact that it has been added must be noted.