In his exploration of why American Jews are indifferent or even hostile to Israel, Daniel Gordis says they are unnerved by both the Judaism of the Mizrahim, and their unabashed nationalism. A must-read in Mosaic:

Although they do not say so, perhaps because they are unaware of it or because the mere mention of it would fail the test of political correctness, American Jews are also unnerved by a subtle but noticeable shift in the kind of Judaism that is increasingly on display in Israel’s public square. This Judaism is not only “Orthodox” (itself a term not especially applicable to Israeli Judaism) but also increasingly Mizraḥi rather than Ashkenazi in its tone.

American Jews are also unnerved by a subtle but noticeable shift in the kind of Judaism that is increasingly on display in Israel’s public square: the Judaism of the Mizraḥim.

What does this mean? Eurocentric though much of the Zionist narrative has been, at least half of Israel’s Jews hail from regions in which the European Enlightenment (haskalah) did not take root, where Western theological tropes never became the currency of religious discourse, and where Jews never openly rebelled against their tradition. One paradoxical result is that, for these Jews, religion is for the most part a more relaxed and “natural” part of life. Many Mizraḥim comfortably call themselves Orthodox, attend Shabbat services in the synagogue, and then drive to the beach—behavior that can strike observant Ashkenazi Jews as utterly inconsistent or blatantly sacrilegious. 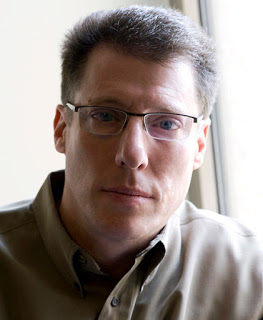 No less discordant is a second paradox: even among Mizraḥim who are not meticulously observant, devout faith is common. Most assert without hesitation that God revealed the Torah at Sinai, and more than half believe in a divine system of reward and punishment. The classic struggles with these principles so common among religious Ashkenazi Jews, accustomed to controversies over modern Bible criticism and, ever since the Holocaust, over the problem of the suffering of the righteous, hardly affect the passionately held faith of Mizraḥim.

Beyond the issue of faith is also the instinctive Jewish nationalism of the Mizraḥi world, a product both of historical experience at the hands of Arab and Muslim overlords and of the Mizraḥi reading of the lessons taught by the Bible and the Jewish prayer book. As the scholar Meir Buzaglo has noted, Mizraḥim express their preferential loyalty to the Jewish people with none of the defensive self-consciousness that often characterizes discussions of this issue in modern Ashkenazi circles.

On average, today’s Mizrahim also vote much more to the right than do other Israelis. Being mainly the grandchildren of Jews who fled or were forced out of North Africa and other places around the Arab and Muslim Middle East, they harbor unabashedly negative images of their former societies and tend to vote for candidates and parties that speak passionately about the primacy of the Jewish people and that harbor no illusions about Israel’s enemies.

All of this is bound to make liberal American Jews nervous—as one of them, Paul Cowan, foresaw in the late 1980s as Mizraḥim seemed on the verge of becoming a majority in Israel:


[W]hat is [the Mizraḥi] vision of the Israel they will soon control? Do they have different ideas about democracy, about justice, from those we usually associate with Ashkenazi Israel? . . . [On a visit in] 1979, I realized that these questions were crucial to an understanding of Israel’s future, but they are seldom discussed in the American Jewish press. It’s one of the reasons we [Americans] debate the Israel that exists in our head—not the one that exists in the world.

As American Jews slowly discover the Israel that actually does “exist in the world,” their internal calculus of emotions is likely to grow correspondingly more fraught.