In order to trigger a community’s  exodus, there is nothing more effective than to execute its wealthy and respected leader. This is what the Iranian regime did when it hanged Habib Elghanian 39 years ago this month, thus sparking the flight of four-fifths of Iran’s Jews. But many US Jews consistently underestimate the Iranian regime’s deadly antisemitism. Karmel Melamed writes in the Jewish Journal:

As President Trump today announced the U.S. withdrawal from the 2015 Iran Deal, May 9th will mark a very painful day for many Iranian Jews worldwide who will remember the unjust execution of their community leader, Habib Elghanian 39 years ago at the hands of the current Iranian regime. 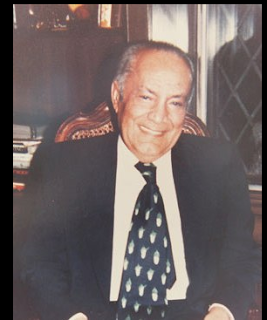 While many American Jews may not remember or even know who Elghanian was, for my community of Iranian Jews, he was a remarkable leader whose execution sparked a mass exodus of Jews from Iran. Elghanian’s brutal execution has left a painful scare in the hearts and minds of countless Jews who fled Iran after the current Islamic regime took power in the country. After more than 2,500 years of living in Iran we, the Jews were suddenly and violently uprooted in massive numbers after receiving news of Elghanian’s execution by the new regime of the Ayatollah Khomeini. With many of America’s Ashkenazi Jews supporting former President Obama and other prominent Democrats who backed the disastrous Iran Deal three years ago, the time has long passed for the American Jewish community to wake up and realize that this regime in Iran is seeking a second mass genocide of the Jewish people.

The time has come for us as American Jews to remember Elghanian’s shameful killing by the Iranian regime and see it as the best example of the regime’s undying hatred for Jews and that it cannot be trusted with nuclear technology nor nuclear weapons.

Habib Elghanian was among the most affluent industrialists in Iran and the leader of the Jewish community in Iran. He, along with his business savvy brothers, pulled themselves up by their own boot-straps out of the poverty-stricken Jewish ghetto in Tehran to become successful captains of industry in the country. He was not only a proud Jew but an even more proud Iranian nationalist who believed in helping the nation of Iran grow and prosper during its 20th century age of modernizing. He not only built the first modern high-rise in Iran in the early 1960s, but hired thousands of Iranians of all faiths in his many industrial companies.

Along with his business success, Elghanian was quite philanthropic towards Iran’s Jews and non-Jews. He even contributed financially to the building of a mosque in Tehran which was in the midst of construction and the builders had run out of money! For nearly two decades I have interviewed scores of friends, family members and colleagues of Elghanian who swore that he had an unconditional generosity to anyone who sought financial help from him for a worthy cause or a person in need.