Rashida Tlaib is being called the first Palestinian-American woman elected to Congress. There have also been several congressmen claiming Palestinian descent: Justin Amash who represents Michigan’s 3rd Congressional District, and John E. Sununu, who served in the House from 1997-2003.

But did you know that there was a Palestinian-American in the House long before either of them, who was in fact the only one who was actually a citizen of “Palestine,” and who had a Palestinian passport? And that he was Jewish?

A word about what “Palestinian” means. There have been between three political entities that could be called “Palestine:” the first was a Roman province created when the Romans joined what was formerly called Judea to Roman Syria and called it “Syria Palaestina,” in order to irritate the Jews left alive after they sacked Jerusalem. That didn’t stick, and Judea went back to being called Judea. Then there was the British Mandate for Palestine, which existed from 1923 to 1948, and encompassed several provinces of the former Ottoman Empire. It was replaced by the State of Israel. Finally there is today’s Palestinian Authority, which was created by the Oslo Accords, and governs some 95% of the Arabs in Judea and Samaria, and theoretically all of Gaza. It is not a state and cannot issue legal passports. 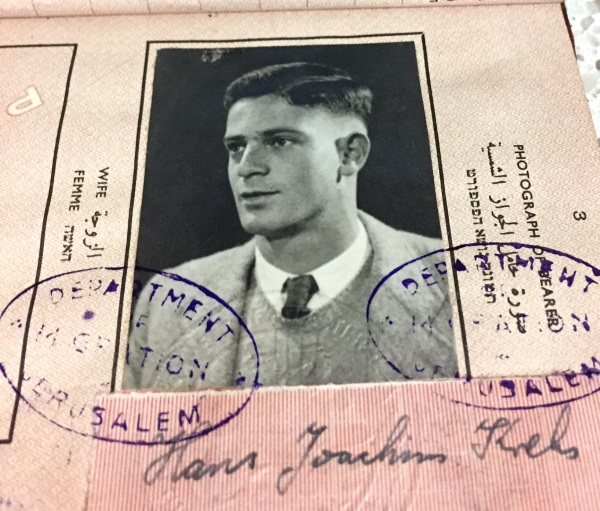 John Hans Krebs z”l (born Hans Joachim Krebs in Berlin, Germany, in 1927) moved to Mandate Palestine with his parents in 1933. As a young man he served in the pre-state Hagana, and then came to the US to study law at the University of California at Berkeley in 1946, when he was almost 20. He got his law degree in 1950, served in the US Army from 1952-54, and received US citizenship in 1954. He also married his wife, Hanna in that year. 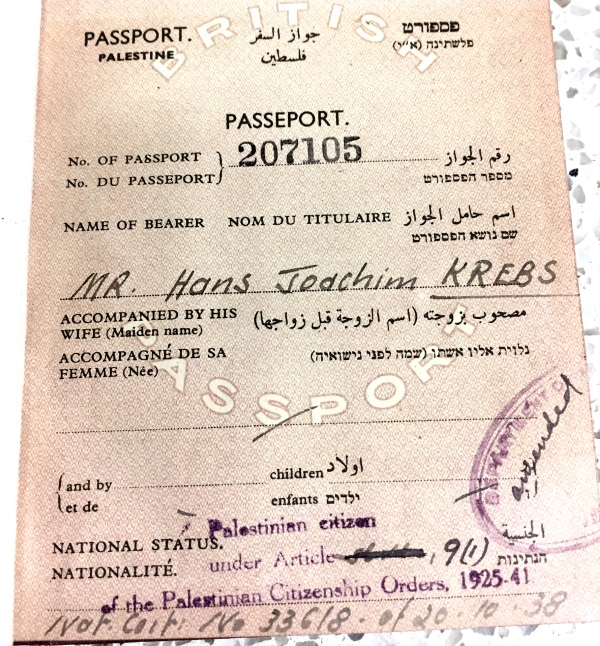 John’s Palestinian passport. Note stamp near the bottom indicating that he was a Palestinian citizen (courtesy of Hanna Krebs).

John held several political jobs in Fresno, California in 1965-74. He was elected to Congress from California’s 17th district as a Democrat in 1974, and served until 1979.

John was simply the nicest guy you could ever meet, soft-spoken, but very intelligent and knowledgeable; not at all a typical politician. I can’t imagine what he would have thought about Rashida Tlaib’s vulgar remark about the president. Although I suspect John thought I was a bit extreme politically, he always had a big smile for me.

And he was the first Palestinian-American member of Congress.