A fun day on Twitter on Wednesday with the “Jewish Voice for Peace,” which tweeted this: 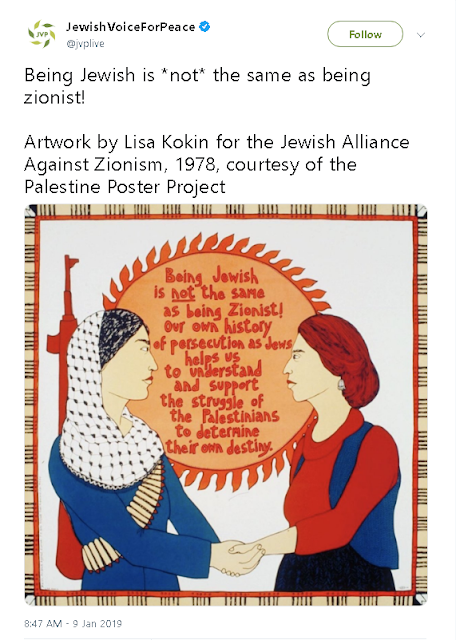 When people started asking them why they were highlighting a poster showing a Palestinian woman with a rifle and ammunition, and how that jives with “peace,” they gave a consistent answer: 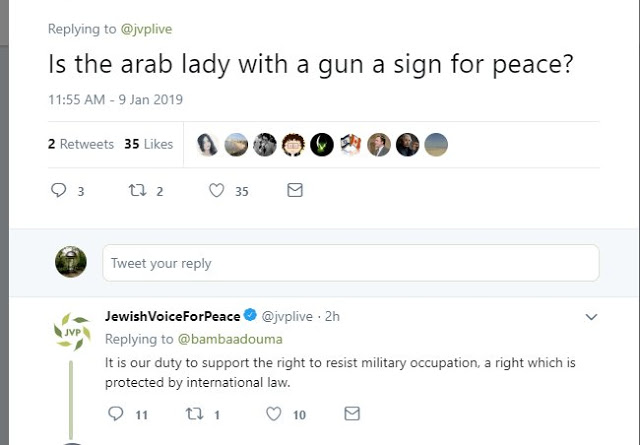 And when one of their fans noted that this is not a good look for them ans they should edit out the guns and bullets, they doubled down, saying it is crucial that people understand that Palestinians are allowed to kill Jews, they claim, under international law. 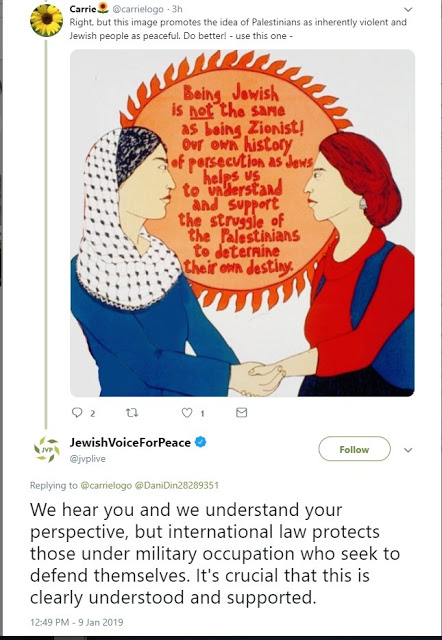 Then, as more and more people piled on about their hypocrisy, they silently deleted every tweet that said that terror is allowed under international law.

Not that they deny it. But they saw that it made them look very bad.

In 1978, when the poster was made, no one even made a pretense that Palestinian violence was “defense.” But even now, what defense do they do – digging tunnels to kidnap Israelis, shooting rockets at civilians, floating explosive balloons and kites to start wildfires in Israel, car ramming and stabbing attacks – how are any of those the least bit “defensive?”

Palestinian militarism has been synonymous with terror, and JVP proved in this thread that they support Palestinian terror.