It was a moving, yet dignified ceremony at Europe’s oldest functioning synagogue, Bevis Marks. Dignitaries joined congregants and relatives of the dead to  recall the hangings 50 years ago of nine innocent Jews executed in Baghdad and their bodies suspended in Liberation Square. The day was declared a national holiday as half-a-million Iraqis came to sing and picnic under the suspended corpses. Over 40 Jews were executed, murdered or disappeared in the years to follow. Jenni Frazer writes for Jewish News: 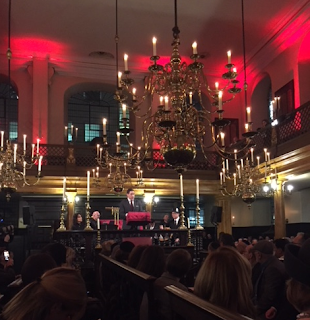 The names of the men and women murdered by the Iraqi regime 50 years ago rang out in the crowded congregation of Bevis Marks on Tuesday night.
And many of those in the centuries-old synagogue, the families of the dead, wept as they paid tribute to their loved ones, hanged, murdered while in custody, or simply missing, their fates unknown.