TOP NEWS
http://jewishrefugees.blogspot.com/2017/12/joe-we-cant-go-back-theyve-taken-it-all.html
The story of the dispossession of Joseph Smouha, who built Smouha City in Alexandria out of marshland, is a remarkable one. What is perhaps more remarkable, is that this article by Joseph Braude appeared in the Arab magazine Majalla (with thanks: Richard).

Ask a young Egyptian what “Smouha” means and he will likely tell you it is an excellent football team in Alexandria, lately ranking third in Egypt’s premier league. He may also know that the team takes its name from Smouha City, a resplendent Alexandrian suburb. 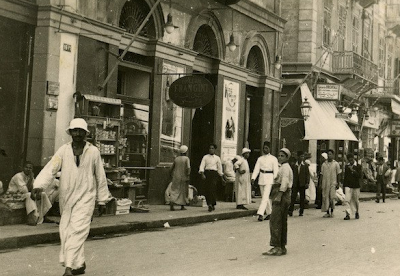