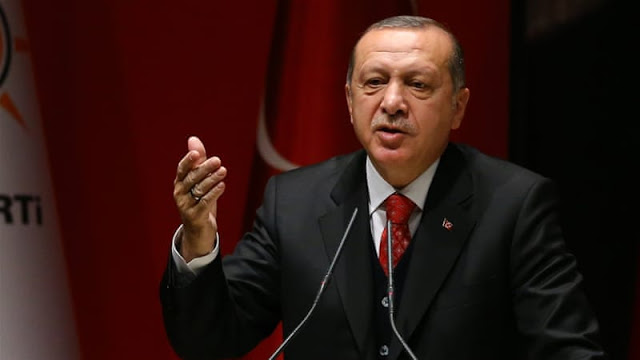 This story hit the wires this morning:


President Tayyip Erdogan said on Tuesday Turkey could go as far as breaking off diplomatic ties with Israel if the United States formally recognizes Jerusalem as Israel’s capital, a move he said would be a “red line” for Muslims.

Erdogan’s going to be so upset at the US that he’ll  try to diplomatically punish – Israel?

It is interesting that no one in the news reports so far question the relationship between a potential US move and Turkey-Israel relations. After all, normally there is a host of diplomatic moves that nations can use against each other to express displeasure – calling the ambassador for a formal meeting, expelling diplomats and so forth.

Only in this case does it seem obvious – not only to Muslim leaders but to the news media as well – that punishing Israel for a US move makes sense.

The underlying idea is that the US is subservient to Israeli interests, and therefore a threat against Israel is the most effective way to pressure the US.

This is the sort of acceptable antisemitism that doesn’t even raise an eyebrow when it comes from the Muslim world.