For the first time, Israel will today introduce a resolution asking the United Nations to recognise Jewish refugees from Arab countries. Although the resolution is not likely to pass, it should be interesting to see which countries vote for and against. The Jerusalem Post has the story. 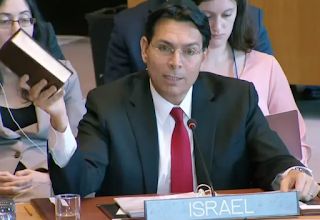 Danon will announce the resolution during a General Assembly discussion to mark 72 years since the November 29 partition plan.

According to the Israeli Mission to the UN, the new resolution, asking the United Nations to recognize the 800,000 Jewish refugees from Arab countries and Iran, is aimed to undermine the proposed Palestinian resolutions.