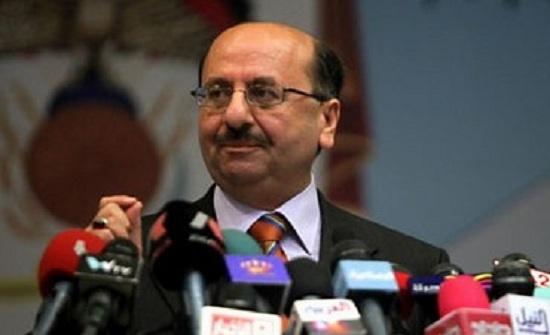 Former Jordanian Information Minister Samih al-Maaytah stormed off the set of Al Arabiya after he saw an Israeli analyst was slated to be on the air at the same time to talk about Jordanian-Israeli relations.

Maaytah said that he refused to appear on air with an Israeli guest.

The Israeli ad to be interviewed first and only after his segment was over would Maaytah go on the air.

When he entered the studio at about 10:30 am, he was surprised that thethe Israeli guest was there. When he was asked his first question he said that he does not participate in interviews with an Israeli party, he is a Jordanian citizen who has a political position similar to the political position of the entire Jordanian people. He pulled out the microphone, removed the headset, put it on the table and left the studio.

What a wonderful peace.