Sherry Sufi PhD is a pro-Israel Australian intellectual with a keen interest in the Middle East. In this Times of Israel blog, he cautions against using the argument that Israel cannot be an outpost of European colonialism because most of its Jewish residents never left the Middle East.  The indigeneity argument must apply to Jews in Europe and the US: all Jews, wherever they live,  belong to a distinctly semitic Middle eastern civilisation, he argues. (With thanks: Dani) 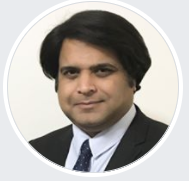 What’s even more important is to avoid responding in a way that defeats its own purpose. For instance, a popular argument often seen floating around on social media says:

• Most Jews in Israel today didn’t even come from Europe.
• 2/3rds came from other Middle Eastern or North African countries.
• They have had greater influence on Israeli cuisine and music.
• So it follows that Israel can’t exactly be a European colony.

The premise here is spot on. Those Jews who came from Israel’s neighbouring lands are to be saluted for their continued sacrifices in service to the Jewish state using their bilingual capabilities and intimate understanding of hostile forces. Yet the conclusion has a hidden flip side.

It concedes that when Jewish exiles from Europe did make up the majority of Jews in pre-state Israel between the first aliyah (1882) and independence (1948), that was a European colony. It also implies that if Jews from Europe or America were to ever become the majority in Israel through mass aliyah, that would again make it a European colony. These are misleading implications.

More Jews live outside Israel than within it.

3/4ths of the world’s Jewish population is made up of exiles who lived in Europe and by extension, America. An argument like the one above compromises their identity and status as native Middle Easterners. Remember, they are as Jewish and as authentically Middle Eastern as Jews elsewhere. They have kept the same traditions in exile as did their counterparts who remained within the Middle East and North Africa.

No one denies that the Zoroastrian Parsees that have lived in India for centuries are the natives of Persia (Iran). Though they have not been physically present on Iranian soil for over a thousand years, their historic and civilisational connection is undeniable.

That connection will remain intact so long as the Zoroastrian Parsees resist efforts to assimilate and dissolve into another civilisational identity.

The same is true in the Jewish case.

So the argument in response to the anti-Israel world view needs to be tighter than the above. All Jews belong to the same civilisation — Am Yisrael — a distinctly Semitic Middle Eastern civilisation.