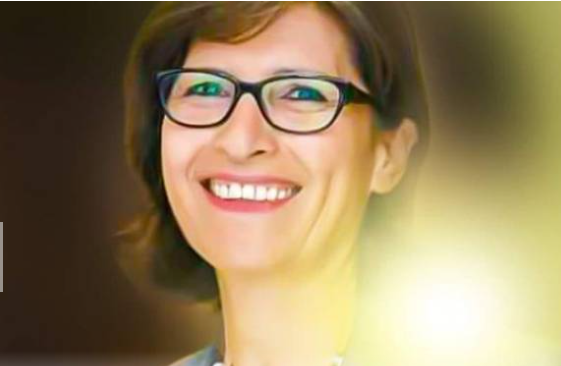 From the Jerusalem Center for Public Affairs and News1 by Yoni Ben Menachem:

In all countries of the world it is known that the heads of advisors of world leaders have great political power by virtue of their proximity to leaders and their work with them around the clock. This is also what is happening in the PA, so far Intisar Abu Amara, the head of the PA chairman Mahmoud Abbas’ office, has managed to remain anonymous and successfully slip under the media radar until Suha Arafat came forward and revealed her exploits in an interview with Egyptian television.
Since the interview that took place on August 28, Intisar Abu Amara has become the talk of the day in the West Bank, and more details are slowly being revealed about her activities at the top of the PA alongside Mahmoud Abbas and his family, an activity that does not add respect to PA residents.
Senior Fatah officials say that Intisar Abu Amara is the PA’s “deep state” symbol. She operates in great secrecy and promotes the agenda of Mahmoud Abbas and his two sons.
Fatah officials confirm the remarks of Suha Arafat, who in an interview with Egyptian television said that “Intisar Abu Amara controls Mahmoud Abbas and she is the one who actually controls Palestine. Her hand is in everything. She appoints and dismisses ambassadors, for example the ambassador Afif Safia. Even the Palestinian security forces fear her.”
Fatah officials say that the secret of Intisar Abu Amara’s power is the full support that Mahmoud Abbas gives her especially on sensitive issues. She is his confidante and in addition she has full control over appointments in the PA and the public coffers, all in the name of Abbas.
According to them, Amara is involved in every issue big and small, including important political issues and decisions.  For example, Mahmoud Abbas’ decision to boycott the Trump administration following the declaration of Jerusalem as the capital of Israel was hers.
A senior Fatah official sadly told me: “Behind every weak leader of ours is a strong woman. In the case of Mahmoud Abbas, the woman is Intisar Abu Amara.”
Yasser Jadallah, who worked in the office of PA Chairman Mahmoud Abbas as director of the defense department, quarreled with Mahmoud Abbas and fled to Brussels, he knows Intisar Abu Amara well.
On May 20, 2020, Jadallah posted a video on his Facebook page in which he made serious accusations about Amala and Mahmoud Salameh, the chief financial officer of the chairman’s office.
In the video, Yasser Jadallah claimed that the two, Intisar Abu Ramallah and Mahmoud Salameh, helped Mahmoud Abbas to embezzle aid funds from Palestinians coming from the European Union and that they transferred the funds to secret accounts under false names that eventually reached the PA chairman’s children and grandchildren.
Senior Fatah officials say that Amina, Mahmoud Abbas’ wife, is very worried about the influence of Intisar Abu Amala on her husband and that she forbids her from entering their home.
Intisar Abu Amara is a Fatah activist from the Gaza Strip, born in 1958, married with two daughters.
She progressed rapidly from the position of secretary to the position of head of the PA chairman’s bureau.
In 2015 she was appointed Deputy Chief of Staff of the PA Chairman, in 2018 she was already officially appointed Head of the Bureau.
On January 1, 2018, she received the rank of chief, a year later she received the status of Minister of the PA.
Political activist Fadi Salamin posted a video of Dr. Majed Abu Sharar on his Facebook page on August 29, calling on Intisar Abu Amara to resign, warning her that no one would protect her when the time came and that “knives would get stuck in her back when she fell ”. According to him, PA Chairman Mahmoud Abbas enacted a law on March 19 this year that allows broad powers for Intisar Abu Amara.
The law also stipulates that the PA chairman’s office will have an independent budget set by Intisar Abu Amara separate from the PA budget.
Sharar further claimed that the funds raised by the Waqfat Iz Foundation, which the PA set up with the outbreak of the coronavirus pandemic to help the residents of the territories, reached the office of Intisar Abu Amara and were swallowed up in a “black hole” and that no one knows what happened to them, to the tune of tens of millions of shekels.

Much of this report seems to be based on this article in Roayah News.
Since Suha Arafat’s revelation, some independent Palestinian media have been following up. One site claims that Amara has been leading a smear campaign to replace the Palestinian ambassador to Cyprus with her (unqualified) daughter.
Meanwhile, government media has been energetically defending Amara.
This is a big story for over two weeks that has been ignored in Western media.