The exodus of Jewish refugees from Arab countries and Iran has been commemorated  in several countries. Here is a round-up of events in New York, Israel, England and Scandinavia:


At the United Nations:

JIMENA in partnership with Israel’s Permanent Mission to the United Nations hosted a commemoration program honoring Jewish refugees from North Africa and the Middle East.

H.E.Danny Danon (pictured) – spoke of his Egyptian family and the imperative of recognizing the one million Jewish refugees from the region.

U.S. Special Envoy to Combat Antisemitism, Elan Carr shared the story of his Iraqi mother and challenged the Arab world to recall and reckon with the 2,500 years of Jewish life in the Middle East that came to an abrupt end as a result of antisemitism.

Former Miss Iraq, Sarah Idan shared her hopes of a Middle East free from intolerance and bigotry that embraces the diversity that once existed throughout the region. You can watch the whole event here.

At the start of the annual Festival of Ethnic Dance and Song, organized by the Coalition of Organisations of Jews from Arab and Islamic countries, Professor Moshe Amar, President of the Orot Institute of Moroccan Jews in Israel, presented the annual Coalition Award to Levana Zamir.
The award is in recognition of the many years that  Levana Zamir, head of the Coalition, has  successfully  dedicated to advocating for and advancing the cause of Jewish Refugees from Arab and Muslim lands and  their  heritage, in Israel and all over the world. 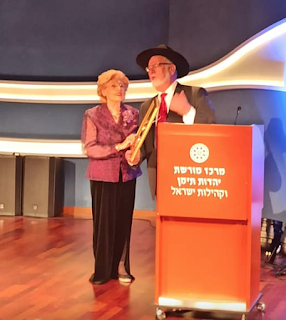 Levana Zamir was moved and surprised to receive this prestige award. Previous winners have included  Professor Uzi Arad,  Minister Gila Gamliel, MK Nissim Zeev and Dr. Stanley Urman – all dedicated to the cause.
There followed a rich and colourful programme of ethnic Dance and Song: Yemenite, Moroccan, Egyptian, Iranian, Lebanon, Tunisian, Afghanistan, etc. All  the performers wore authentic ethnic dress.
The academic part of the Festival was assured by Dr. Dany Bar-Maoz who chose as  his topic: “The triumph of Oriental multiculturalism over the melting pot in Israel”. He gave many examples, especially in the field of music.
The Festival was held at the very impressive Museum of Yemenite Jews in Rehovot. It was arranged by Hanania Koresh and directed by Dr. Rahel Yadid, head of the “A’aleh Betamar” NGO.
More than  250  attended. Many could not resist getting up on their chairs to dance when the beautiful Varda sang Egyptian melodies.

Harif, the Association of Jews from the  Middle East and North Africa, marked 30th November, the Day to remember the exodus of 850,000 Jews from Arab countries, with a lively evening celebrating Mizrahim music by Eastern Beats. The event, arranged jointly with the Spanish and Portuguese Jews’ Congregation, attracted a capacity crowd.

For HE the Israel ambassador, Mark Regev, attending with his wife Vered, the occasion was personal.   Vered’s family escaped Aleppo in Syria on foot through Lebanon to arrive, destitute, in Israel. Vered’s great-grandmother died on the way and had to be buried by the roadside.

While there were periods when it was better to be a Jew in the Muslim world than in Europe, Jews always had an inferior, or dhimmi status,’ Mr Regev said. ‘Israel was seen as a ‘dhimmi state’ by the Arab world’.

Djerba-born S&P Rabbi Israel Elia recounted how, on a trip to Tunisia, he thanked his government hosts:

‘We are not your hosts’, they said, ‘ you were here before us’. The Jews had indeed settled North Africa 1,000 years before Islam. 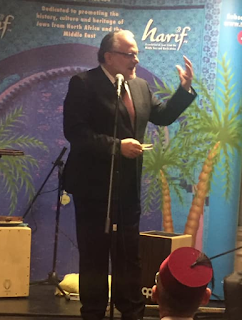 Rabbi Israel Elia: ‘Jews were in Tunisia before the Arabs’. 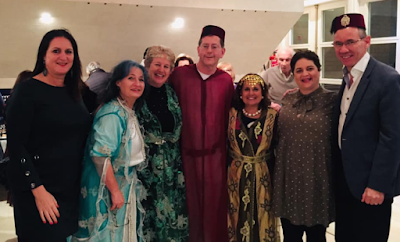 Special Guests at the first official Commemoration in Copenhagen  were the Ambassador of Israel Benny Dagan and Social Democratic MP Lars Aslan  Rassmussen. Lyn Julius (pictured below) gave the keynote speech. The event was arranged by Rika Greenberg of Med Israel for Fred. 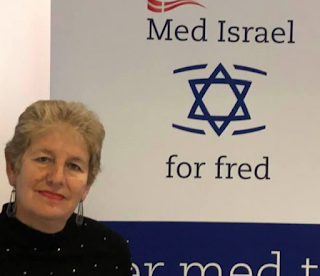 At the Official Commemorative event in Oslo, there were speeches from HE the Israeli Ambassador Alon Roth and from the leader of the Friends of Israel in the Norwegian Parliament, Hans Frederik Grøvan. Other events took place in Bergen and Kristiansand, arranged by MIFF and Hjelp Jødene Hjem. 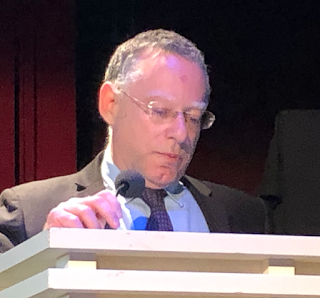 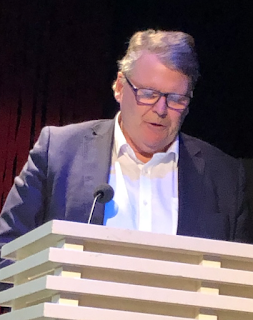