Over 1,500 Jews from around the world gathered last summer at the tomb of Rabbi Hayim Pinto, Essaouira’s most illustrious rabbi. The pilgrimage is one of several Jewish cultural events encouraged by Andre Azoulay,’the most powerful Jew in the Muslim world’, in his capacity as de facto foreign minister to the king of Morocco. Azoulay and the activists of the Jewish-Muslim group Mimouna vaunt the long tradition of Jewish-Muslim coexistence . Yet Armin Rosen, writing in Tablet,  is troubled by the Jewish community’s near-total absence. 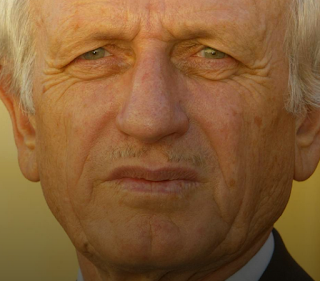 National myths only work if other countervailing narratives can be sufficiently ignored. During his talk, Azoulay motioned towards the idea that he understood Muslim Moroccans better than they understood him. One wonders what Moroccan subjects think of their king or the Jews a couple towns up the road from Essaouira, or even within Essaouira itself. One also wonders why hundreds of thousands of Jews would leave a country where they were apparently so appreciated, and what Morocco might have permanently lost when its Jews decided to leave.

These are questions Moroccans themselves have asked. Also present at the Muslim-Jewish Interfaith Coalition forum was El Mehdi Boudra, the founder and president of Mimouna, an organization dedicated to sustaining the memory of Morocco’s Jewish community. Like most of Mimouna’s officers, Boudra, who holds a master’s degree from Brandeis University’s Peace, Conflict, and Coexistence Studies program, is not Jewish, although he says he is “Jewish by culture—it’s part of the Moroccan plural identity.” The organization wasn’t founded by political operators in Rabat or Casablanca, but by students at  Al Akhawayn University in Ifrane, a midsize town in the country’s interior. As one of its first events in 2007, Mimouna “turned the campus Jewish for a day,” Boudra said, bringing in exhibits from Casablanca’s Jewish museum, posting Hebrew signs, and holding performances of Moroccan Jewish music. Today, Mimouna has organized Arabic-language Holocaust education curricula, held numerous conferences, and helped send non-Jewish Moroccans  to build ties with the sizable Moroccan Jewish community in Israel. “Our work is not preserving heritage but keeping memory,” says Boudra. “For me, preservation is not enough.”

When Azoulay dies, Jewish historical memory in Morocco will be the responsibility of young and motivated non-Jews like Boudra. He contrasted “the old generation that talked with nostalgia about Jews and a new generation that knows nothing.” Still, he believes that Arabs are curious about the Jews who left or were forced out of their societies. “We are the silent majority in the Arab world,” he said.

In Essaouira, the Jews are largely present through cultural events, the occasional interfaith forum, the annual Pinto pilgrimage, the rebuilt melah, and Azoulay’s existence. For the rest of the year, the Jews are names on memorial lamps in empty synagogues. There is no getting around the community’s near total absence, even if Morocco’s Jews self-deported under happier circumstances than their counterparts in Egypt or Spain.

For some Moroccan-descended Jews, the dissonance is impossible to avoid. Rachel Benaim, the young writer who started the Muslim-Jewish Interfaith Coalition, found her great grandfather’s name inscribed somewhere in the city’s Slat Lkahal shul, and she knows exactly where he’s buried in Essaouira’s Jewish cemetery. When she visited the cemetery for the first time a few months before the conference, she was “struck with this deep sense of there not being peace, that there was something that was waiting to happen here. I didn’t know what it meant. … I sat down in a corner and cried for a long time.”

The forum, and the process of organizing an intensive weeklong interfaith event in the city that her father’s family eventually left, answered certain questions for her while raising others that could never really be answered. “I think the unease is still there,” she said. “I don’t know if that discomfort is from stepping into somewhere so simultaneously familiar and foreign.”