Another year has flown past and it’s time to look back over 2018, its highlights and low points. Point of No Return continued to attract a  healthy following, with 58,143 page views. 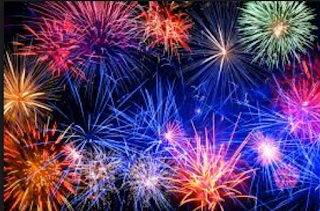 The good news is that the issue of Jews of Arab countries began to penetrate the mainstream press and media – the Boston Globe (Jeff Jacoby), the Daily Telegraph (Allister Heath) and a BBC Radio 4 programme by historian Simon Schama to mark Israel’s 70th anniversary.

The ’30 November’ commemorations took place worldwide, but the exodus of Jews from Arab lands is still not on the global agenda, according to Ashley Perry and Lyn Julius.

It was a good year for:
* Relations between the Gulf States and Israel. Israel’s minister of culture Miri Regev shed tears of joy when she heard Hatikva at an Abu Dhabi sports competition; the Dubai synagogue emerged into the media limelight and a Bahraini prince visited Israel.
*Rene Trabelsi, appointed Tunisian minister of Tourism.
* 25,000 Algerian-Jewish survivors of the Holocaust, who each received $3,100 compensation for their wartime suffering.
*Mordechai Ben-Porat. After decades of accusations that Zionists planted bombs in Iraq to kill Jews, more evidence emerged vindicating the Mossad architect of the mass aliya of Iraqi Jewry in 1950-1. Ben-Porat had always protested his innocence.
*The Iraqi-Jewish archive. This collection of Jewish artefacts and documents remains in the US beyond the deadline for its return in September 2018.
* ‘Uprooted‘ by Lyn Julius (Vallentine Mitchell), which grew out of Point of No Return. The book was favourably reviewed in a number of prestige publications and on radio.

It was a bad year for the following :
*French historian Georges Bensoussan  (although he was acquitted of charges of  anti-Muslim hate speech, he lost his job at the Memorial de la Shoah.)
*Kurdish representative of the ‘Jewish community’ Sherzad Mahmoud Mamsani, who was fired.
*UNRWA, the agency dedicated to the exclusive care of Palestinian refugees: President Trump cut off aid, amid revelations that the US donated funds for the absorption of refugees on both sides in the 1950s.
* The fifty remaining Jews in the war-ravaged Yemen capital Sana’a, short of money and food.
*Jewish moveable property in Arab lands: the US has signed Memoranda of Understanding with several Arab states legitimising theft of Jewish artefacts still in Arab states.  Eighteen Jewish organisations have written to the US secretary of state in protest.

Anniversaries:
70 years since the first airlift of Jews from Yemen and since the  ‘summer of death’ following riots in Egypt, Libya and Morocco.

Outstanding articles of 2018: the Iraqi-Israeli who infiltrated the Muslim Brotherhood. Jews from Arab countries in  Mexico. Adenis in Port Said. Minorities in Iran. Claudia Cardinale and waning diversity in Tunisia.