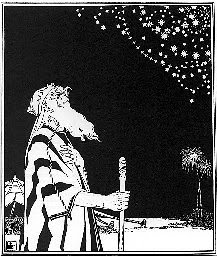 Dr Brendan Nelson, a former medical practitioner and former federal politician (from 2007-8 he was leader of the Liberal Party in opposition, succeeded by Malcolm Turnbull,  Australia’s current prime minister) is presently director of the Australian War Memorial in Canberra.

At the opening of the War Memorial’s exhibition “The Holocaust: Witnesses and Survivors” on 29 November Dr Nelson delivered an interesting  speech.  Inter alia:


‘Six million people.  Almost a quarter of the population of Australia, almost the entire population of Sydney.  That is how many were exterminated in the worst genocide of the twentieth century. Jews, Roma, gypsies, the disabled and political prisoners. But almost all were Jews.

Jewish identity has been shaped by three things: Antisemitism, still a virulent and repugnant force in many parts of the world; The Holocaust or “Shoah”; The embattled nature of the state of Israel for whom existence is a daily struggle.

Adolf Hitler was able to undertake this mass extermination for two principal reasons. The first was that the majority were indifferent to the plight of the minority. The second was that in Germany – as in other parts of Europe, antisemitism was deeply rooted – religious, secular and racial.

One observation through my own life not having ever faced nor endured even a fraction of the adversities suffered by many of you here, is that almost all of life’s suffering and pain stems from people making themselves the centre of their own lives. So too, nations making their own narrow self-interest the centre of all else….

The Australian War Memorial is many things. But above all else is the repository of our nation’s soul. This place and the stories of two million men and women told here, reminds us that we are Australians and that there are in the end some truths by which we live. And they are worth fighting to defend – politically, diplomatically and at times, militarily.

In a world grappling with the mass movement of people; the persecution of political, religious and ethnic minorities; euthanasia and a generational struggle against resurgent totalitarianism in the form of those who have hijacked the good name [sic] of Islam to build a violent political utopia, we must remind ourselves of that of which humankind is capable.

Our responsibility is to stimulate and challenge visitors, Australian and international, to see the world through the eyes of others….

The Australian War Memorial does not aspire to be one of the best museums in the world – it is. As such, we have a responsibility to tell the story of the Holocaust as responsible global citizens with a global outlook….

In this exhibition – this permanent exhibition will be found our own sense of morality, to be reminded of the difference between right and wrong and the consequences of allowing currents of political and social thought to head in certain directions.

Not a single person lobbied us to present this exhibition.

We are doing it because it is the right thing to do….’

But of course awareness of a tragic past, of a shared persecution, is not the only factor that drives Jewish identity. This video, made last year, captures the essence of what defines the Jewish People very well.  There is something deeply mysterious about the Jewish story, there is a profound suggestion of the supernatural or Divine …