Here’s an abstract for “Temple Mount pilgrimage in the name of human rights: the use of piety practice and liberal discourse to carry out proxy-state conquest,” by Rachel Z. Feldman, published in Settler Colonial Studies last year:

Since 2010, Jewish pilgrimage to the Temple Mount/Haram ash-Sharif compound has become an increasingly popular practice within Israeli society. On the Temple Mount, pilgrimage guides and their Jewish participants subjectively perform Israeli state sovereignty, carrying out a proxy-state attempt at land annexation through the format of a piety ritual. During pilgrimages, Temple Mount tour guides filter down a new discursive regime to participants, helping them to frame their act of conquest in the language of the liberal state, claiming that Jewish access to the Temple Mount is matter of ‘human rights’ and ‘religious freedom’. Today, Temple Mount pilgrimage is becoming a public ritual of liberal-settler colonial comportment, where Jewish pilgrims act on behalf of the state, laying claim to the Temple Mount by constituting themselves as human rights victims, and strategically inverting the relationship between settler and native. On the Temple Mount, religious piety and liberal ideologies conjoin, supporting forms of settler colonial domination in Israel/Palestine.

The paper itself is interesting in a few aspects. One is that the author is herself a religious Jewish woman, showing how the religion of anti-Israel studies has infected even some who understand that Jews are the indigenous people of Israel: 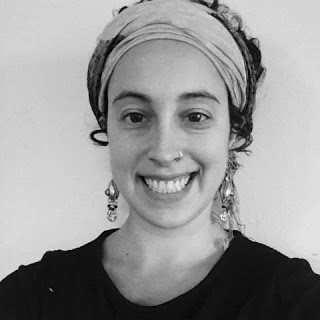 While I recognize the holiness of the Temple Mount/Haram ash-Sharif compound for both Jews and Muslims, I do not condone the forced entry of Jewish pilgrims accompanied by armed guards inside the context of Israeli occupation. On a personal level, as an observant Jewish woman, this research represents my desire to address the cooptation of Jewish practice and spirituality, which I hold dear, for the use of land annexation and domination in Israel/Palestine. I wish to shift the conversation on the Temple Mount away from blaming religion and religious actors per say [sic], and instead, to reveal the particularly pernicious junctures of piety practice and liberal ideologies that embolden settler colonial regimes.

Nowhere in the paper does Feldman actually argue that the Jewish claim of equal rights to peacefully worship on the Temple Mount is not valid. The idea that religious Jews have human rights on par with Palestinians is derisively dismissed as mere politics. It cannot even be entertained. Instead. Feldman concentrates on how these Jews that she interviewed really want to build the Third Temple and to extend their “colonialism.”

The most telling aspect of the paper is this part that she uses to describe Zionist Jews, but that applies to her and her Palestinian heroes far more:

Wow. When Jews talk about their human rights, it is political and cynical. But, the implication is, when people talk about human rights of Palestinians, it is “neutral, transcendent, and apolitical.”

Yet this entire paper trashes the human rights of Israeli Jews who want to worship on their holiest place, a right that is indeed enshrined in human rights laws.

Feldman’s paper assumes that everything the Zionists do is oppressive, without describing why. That, my friends, is political.

(By the way every footnote in that paragraph refers to the same article. Which should be sort of embarrassing.)

It is more than disappointing to see a religious Jewish woman willing to throw her coreligionists under the bus, with a paper that has built-in biases that are obvious to anyone who is not already infected by the sickness that permeates these sorts of pseudo-scholarship. But perhaps more grating is that she uses interviews of Jews who would no doubt have trusted her not to use them as ammunition against their own human rights.

Finally, this is perhaps the most disturbing part of the paper:


This research was supported by a National Science Foundation Graduate Research Fellowship (2014–2017).

The National Science Foundation funded a woman to fly to Israel to trash her own people in a paper that has nothing at all to do with the objectivity one expects from science or academia.