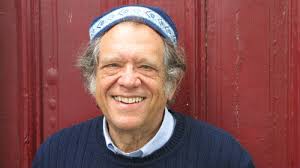 This week there has been no shortage of articles from leftists decrying 50 years of “occupation.”


I was one of those many young American Jews who went to the nearest Israeli consulate 50 years ago today to volunteer to serve in Israel as it appeared to be facing a threat to its existence. Fifty years later, I’m mourning what happened AFTER Israel won the 6 Days War [sic], believing the subsequent Occupation not only as an ethical outrage but a course of behavior that will live in infamy in Jewish history not only because it has been destructive to Israel’s security but also because it has been a “chillul haShem”–a desecration of God’s name and an undermining of the spirtual [sic] legitimacy of Judaism itself to the extent that it has become a major cheerleader for a nation state with lots of Jews but less of Judaism’s powerful and beautiful prophetic, ethical and spiritual foundations.

While I don’t agree with those who criticize the “occupation,”  I can understand how moral people would be bothered by various aspects of the situation.

However, I have no patience for people who cannot find anything positive to say about Israel’s victory in 1967.

This goes double for those who pretend to base their criticisms on Jewish values.

Jews can now access their holy places, overriding the bigoted Muslim history of co-opting the sacred sites of other religions.

No matter what you think of the “occupation,” any true Jew must rejoice at this fact. And any honest observer would know that the Muslims never allow Jews to have free access to their holy sites when they are under Arab control.

If it wasn’t for the Six Day War and the “occupation” those areas would remain forbidden to Jews to visit and worship and live.

The ability of Jews to be in their historic and ancient lands is cause for celebration, even for those who have reservations about the circumstances around it and the political and security consequences. Anyone who looks at the Six Day War and only sees Israel’s supposed immorality does not have any real Jewish sensitivities.

“Chilul Hashem” is about as bad an insult as one can make in Jewish tradition. To call Israel’s presence on the ancient Jewish homeland a “chilul Hashem” is outrageous and perverted.

The Holocaust was the ultimate chilul Hashem – because it made the world believe that the Jewish people had reached the end of their history and the God had abandoned His people. There is no greater chilul Hashem than that.

The rebirth of Israel, on the other hand, was a “kiddush Hashem” – a sanctification of God’s name – because it showed the world that Jews are strong and resilient and creative and tenacious, and that miracles can still occur.

The Six Day War was by any measure a kiddush Hashem as well, because it showed that even when Israel had not a single ally willing to help it, Jews could not only survive but win. Gaining back the territories of Judea and Samaria where all of Jewish history occurred was an incredible display of sanctifying God’s name. (It was a “chilul Allah”, if you will.) The Six Day War catapulted tiny Israel from being regarded as little more than a banana republic to becoming a major player on the world stage.

Michael Lerner’s inability to find a single positive thing about 1967 shows that his “morality” is itself immoral. It shows that the Jewish people, its history and its survival mean nothing to him. To Lerner, Jewish holy places are liabilities, not assets, which must be relinquished.

And he is willing to loudly proclaim that to the world.

There is nothing Jewish about Lerner’s positions. There is plenty that is anti-Jewish. Lerner, in considering the redemption of historic Jewish lands as an unmitigated disaster, has more in common with Muslim terrorists than with real Jews.

Lerner does not have one ounce of Jewish pride.  He prefers that Jews maintain a shtetl mentality and meekly do what the rest of the world tells them to do, even  if that means marching to the latest version of the gas chambers. He wants to replace the respect that the world gave to the Jewish nation in the wake of the 1967 war with the derision that he feels towards the state of Israel. He does not represent “tikkun Olam” by any definition – he is trying to turn back time to make Jews defenseless victims instead of a strong, proud people.

Michael Lerner is the very definition of a chilul Hashem.