TOP NEWS
http://elderofziyon.blogspot.com/2017/06/kiss-them-each-and-every-oneforest-rain.html
“We went to pay our respects,” I told my friend.
“Kiss them, each and every one” he said. “And tell Ram he shouldn’t be so serious all the time.”
I was standing on a beach named after a miracle, looking at the memory of a disaster.
“Returnees to Zion”. How many people do you know who live in a place, named after a miracle? How many people do you know that are living elements of a miracle? Can you imagine being amongst those who chose the name, knowing that they are the embodiment of a miracle unlike any that has ever been seen before in the history of the world?
This modest, sleepy little community has a beautiful beach. It’s quiet and peaceful. From a distance, the shapes on the beach are unclear. 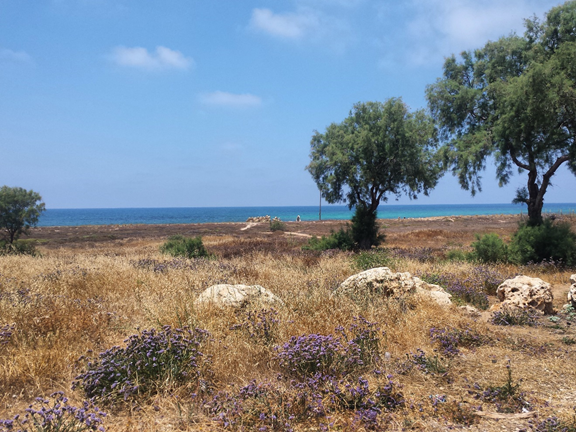 Pillars of strong stone, leaning on each other, toppled over. Together they lie on the beach, silent and alone.

“Kiss them, each and every one” he told me.
But how could I? His friends aren’t there, only the stones on the beach. 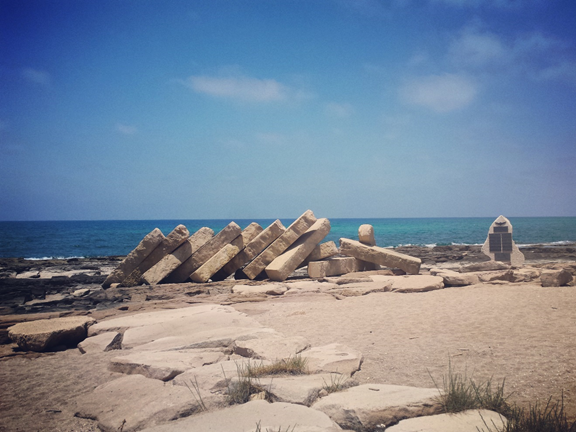 Twelve stones, large and strong for men that had been amongst Israel’s finest. Stones that should be standing but were not, for men who should be with us and are not. Leaning on each other, they would not move from the direction in which they had fallen – north, Lebanon. 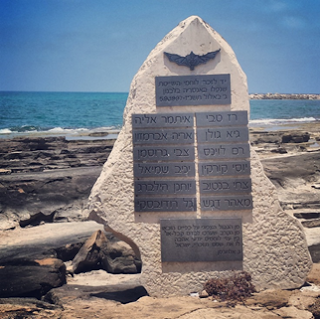 Standing next to the twelve is a stone that declares their names and marks the disastrous mission from which they did not return. It also provides instructions for those who are left behind, in the form of a poem by Natan Alterman (this is my poor translation):

“From the northern border, they were carried from the battle they waged alone.
Accept them amongst the fierce warriors who know love. Israel, remember their names.”
The memorial on the beach is a silent agony. That disastrous mission happened twenty years ago – twenty years of memory frozen in stone where there should have been twenty years of families growing, with new children running and laughing on the beach, playing in the waves their fathers loved.
The loss is both personal and collective.
Twelve children of Zion had grown to be pillars of strength. Men, strong and capable, men you could lean on, who would hold you up. They were an example of Israel’s best, the type of men we need to build a strong and safe society, forever lost to us all.
The stones on the beach are there to teach those who did not know them.
My friend sees people, dear friends, not stones. His too serious friend. The others, each with their own special qualities. He sees those that should have come back from their mission but did not. Those he wished he could have saved but could not.
“Kiss them all.”
If only I could.