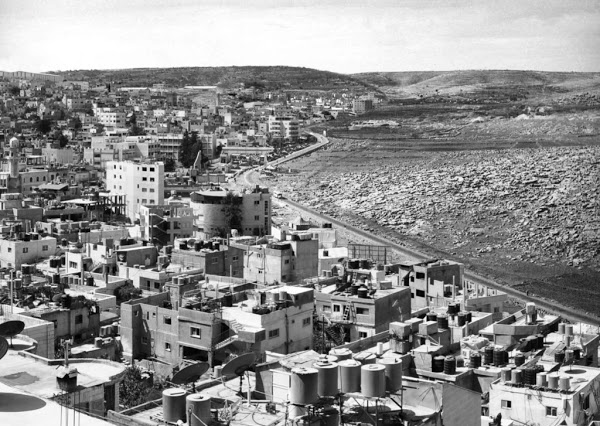 Numerous efforts have been made to resettle [Palestinian] refugees, but all have failed. In 1950, long before the territories came under Israeli control, UNRWA suggested moving 150,000 of them to Libya, but Egypt objected. In 1951, UNRWA vetoed a plan to move 50,000 Palestinian refugees from the Gaza Strip to Northern Sinai when Egypt refused permission to use the Nile waters to irrigate proposed agricultural settlements. In 1952, Syria rejected UNRWA’s initiative to resettle 85,000 refugees in camps in that country. In 1959, UNRWA reported that of the $250 million fund for rehabilitation created in 1950 to provide homes and jobs for the refugees outside of the camps, only $7 million had been spent.
In the early 1970s, Israel initiated what it called the “build your own home” program. A half a dunam of land outside the camps (equal to about an eighth of an acre) was given to Palestinians who then financed the purchase of building materials and, usually with friends, erected a home. Israel provided the infrastructure: sewers, schools, etc. More than 11,000 camp dwellers were resettled into 10 different neighborhoods before the PLO, using intimidation tactics, ended the program.
Israeli authorities say that if people were able to stand up to the PLO and if it had the funds to invest in the infrastructure, within eight years every camp resident could own a single-dwelling home in a clean and uncongested neighborhood.

I have written about this Israeli initiative beforehand but didn’t know the actual numbers of Palestinians who took advantage of moving out of UNRWA camps before the PLO started threatening them.
The UN General Assembly also passed resolutions condemning Israel for giving Palestinians free land and infrastructure as an opportunity to improve their lives.
If it wasn’t for PLO threats, by 2000 there could have been no more UNRWA camps in the territories and every resident could have owned their own home and land – for free.
This one episode shows that Israel cares about the well-being of Palestinians more than the PLO ever did. On the contrary, the PLO is invested in keeping its own people in misery .
The “pro-Palestinian” groups who are protesting Israeli normalization with other Arab countries follow that tradition of preferring that Palestinian “refugees” stay without homes they can call their own – so they can blame their situation on Israel.