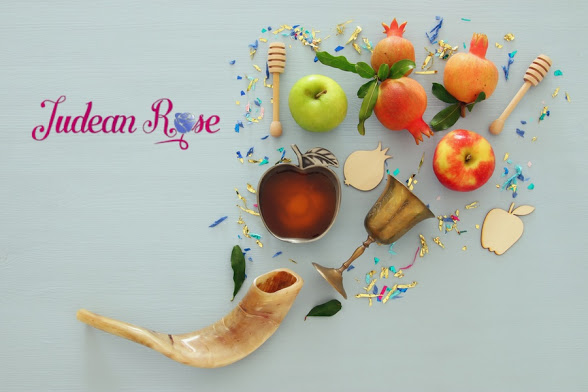 It’s hard to have hope in a plague, though everywhere are reminders that the New Year approaches. And should you forget, everyone you meet will wish you a “Shana Tova,” a sweet new year, in the run-up to Rosh Hashanah. The tired middle-aged clerk, the important VIP, and people you normally ignore, will all offer up the traditional Jewish New Year’s greeting, and mean it.

Goodwill is in the air. And hope, which is where this piece begins. Because as the New Year approaches, we are full of hope for a sweet new year. We ask for sweetness. We hope it will be there in the coming year.

But there’s a plague on, you see. There’s a plague. We can’t help but wonder at the implications of the virus. Even if some of us get only so far as to contemplate that science is nobody’s fault.

Whatever you believe, this is a difficult and stressful time, and though we crave New Year sweetness, it’s hard to see an end to our difficulties. But we try. I do, anyway. I try like hell. Every day I do something to get ready for the New Year, for Rosh Hashanah. I am trying to not only be prepared for the holiday, but to also get in the mood for sweetness, to ask for it with all my heart, no matter how grim the current reality.

As I make apple cakes and babka, kugels and brisket, I search my memory for inspiration. I let my mind wander and review the things it knows. Sometimes I remember family stories that no longer have relevance to anyone but me. Anyone else who would care is long dead. Nobody can visualize these people. No one will “get” the apocryphal family joke. It will simply fall flat, when told, until lack of response suggests you should bury that story with its long-dead protagonists and implications.

The Jewish People Will Be Fine

I try to be pragmatic. No one lives forever, but still, it makes me sad. Once I am there, I begin to think of other sad things, the things that worry me, the state of my people, the good and the bad, until I come to a revelation: the Jewish people are going to be fine.

It takes me some time to get there, but get there I do. Revelation comes.

Yes. There are the people like Ariel Gold, a low-caliber person who engages in stunts like promoting the destruction of Israel at the Western Wall, a person who makes her name by betraying her own, and cozying up to the mullahs.

And there are people like Seth Rogen, who have somehow lost the ability to engage in critical thinking, people who do a podcast and make it sound like the Jewish connection to Israel begins in 1948, “They never tell you that, ‘Oh, by the way, there were people there.’ They make it seem like it was just like sitting there, like the fucking door’s open.”

The Seth Rogens of the world are completely ignorant of their own history, but they’re ready to throw the Jews out of the Holy Land, nonetheless. They’ll toss away their own people based only on lies they’ve been told by bad people and terrorists.

These people, the Ariel Golds and Seth Rogens of the world, make me angry. Which is bracing. (“Learn something! Pick up a book, for crying out loud!”)

It’s disheartening, it is true: the

re is no end to these people, these traitors from within. The Ariel Golds and the Seth Rogens. Yet I am quite ready to dismiss them. To me they are only the Erev Rav, the mixed multitude that managed to blend in with us during the Exodus. They only pretend to be Jewish. Their job is to destroy us from within.

But there are the other Jews, real Jews. I bear witness to them here in the Holy Land. These other Jews have reached a state where love of God, country, and people is strong, and meshed into one harmonious whole. Their Jewish remnants will continue to bring beauty and meaning into Israel and the world and glory to the Holy One, Blessed Be He.

The Other Jews: The Ones Who Inspire Hope

It’s a matter of trial by fire. And it gives me tremendous hope.

You may think it strange to find hope in words spoken in the depths of despair, when a life filled with promise has been stolen away by terror. But something happens when you hear someone, in the moment of deepest grief, call on his fellow Jews to build more homes in Israel, to have more Jewish babies. It makes the heart thrum to think that such Jews exist. They are exceptional, it is true. But they are not so rare as you think. Especially if you consider that terror in Israel, the kind that stems from pure Jew-hatred, is not nearly so rare as we wished.

When there are words such as these to be had from a people so battered and grieving, it makes you realize that we Jews, at the core, are strong. And we are right here in Israel. And we are never going away.

We are strong in spirit and we are here. And the knowledge of that should (and hopefully will) bring us hope, even when there’s a plague going on. We can hope for sweetness and we can find the strength to wish each other a shana tova, a sweet New Year, even as the Jewish people keep on keeping on.

Here’s wishing all of you a Shana Tova! 🍯 May you find only sweetness in the coming year.