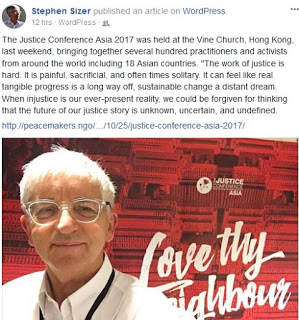 Our old friend the ex-vicar of Virginia Water, nowadays  CEO of the Israel-bashing Peacemaker Mediators “charity”, has been attending a Christian conference in Hong Kong on the theme of “Love Thy Neighbour”.

According to the conference’s blurb:


“This year’s conference theme is ‘Love Thy Neighbour’ and there is no more relevant time in history than right now to take a fresh look at Jesus’ timeless truth. With social, political, racial, and economic issues at stake, we need to be reminded that Mark 12:30-31 is still our greatest call to Worship and Justice.

Across 2 full days, 6 main sessions, 24 workshops, and 8 different workshop streams, we will open up a conversation on the prophetic call we carry to reach out toward the other in compassion, justice, and love.

During the conference we will hear from international justice voices and practitioners in Asia who will explore practically what it might look like to love our neighbours as radically as Jesus did.” 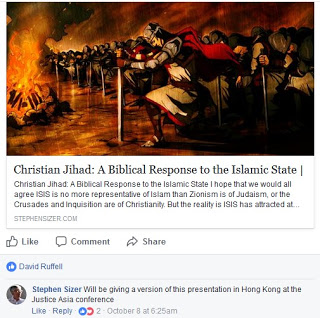 Our old friend gave his talk as foreshadowed in his comment beneath the image at right; it can be read on his website.

To quote him here (I’ve added the links; do please follow the one to Holy Land Trust to get the lowdown on its hostility to Israel and support for BDS):

‘I led a workshop on Christian Jihad, the Biblical Basis for Proactive Peacemaking.

Sizer has in the past worked strenuously to turn Christian populations in South-East Asia against Christian Zionism.

For example through translations of his works, so it would not be surprising to learn that he carried on his anti-Israel proselytism while attending the conference.

I believe, incidentally, that the Beijing authorities rejected his application for a visa to China, probably owing to their crackdown on Christians.

As CEO of Peacemaker Mediators Sizer is no less peripatetic than he was as the spiritual leader of Christ Church, Virginia Water.  (It seems he’ll be coming to the Antipodes next March.) 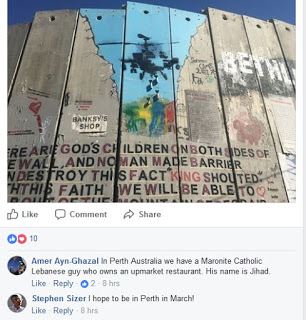 Nice work if you can get it, as one of his followers pointed out the other day, with a query to which the vaguest of responses was forthcoming: 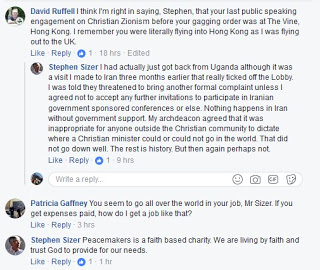 More recent smears against Israel include this casual suggestion of racism:

All nations have the right and obligation to decide their own immigration policies, vicar.  How many asylum seekers has your seemingly beloved Iran taken in?

Surely you have read the Book of Job, being a clergyman.  Recall this verse?

Not a word there about the blind, lame, poor or disadvantaged having to be Jewish to qualify for Jewish kindness.

And in the same vein the modern state of Israel performs humanitarian acts large-scale and small to countries and peoples the world over, including citizens of “enemy” nations such as Syria.  Remember when Israel offered aid to your seemingly beloved Iran following an earthquake in 2003?  And the mad mullahs, preferring to let their citizens suffer rather than be aided by the Zionist Entity,  turned the offer down? 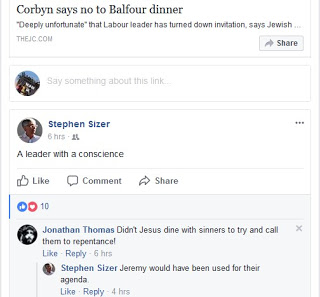 And as seen here he continues his requited love affair with the Iranian regime’s propagandistic satellite channel Press TV: 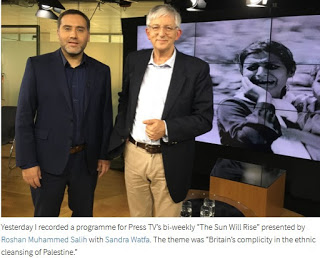 I mean, you and your Peacemakers Mediators chums don’t want to have anything to do with persons who post memes like this one (see Collier’s post for more). 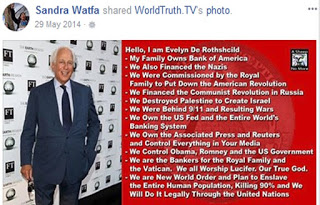 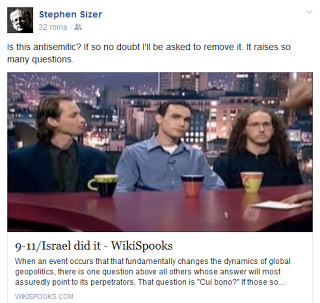