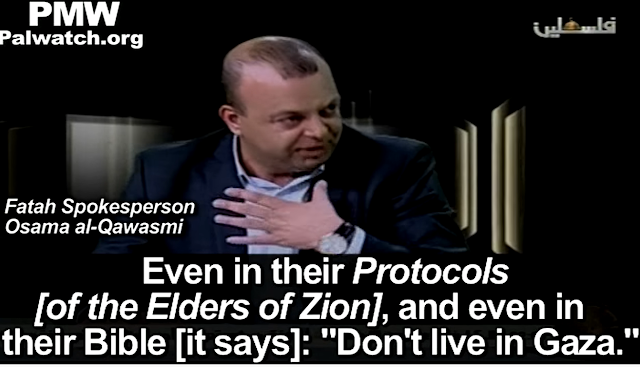 I noted in early December that Fatah spokesman Osama al-Qawasmi met with two delegations of US lawmakers from California and Wisconsin, apparently unaware that he is a blatant antisemite.

Qawasmi is on video quoting the “Protocols of the Learned Elders of Zion” as if it is a real Jewish document on how to rule the world. He says Israel controls America. He has said that Israel is worse than Hitler, the Nazis and fascism.

Yet a stream of American delegations continue to go on pilgrimages to meet with this Jew-hating piece of filth.

In the past month he has hosted students from Berkeley, Stanford, UCLA, University of California, University of Minnesota and two other unnamed American delegations.

Does no one Google who they will be meeting any more?

Or is meeting an antisemite not considered as bad as meeting with other types of bigots?