According to the Jerusalem Post, new legislation has been proposed  in the US Congress to extend the jurisdiction of a Commission charged with preserving ‘American’ heritage abroad to include the Middle East and North Africa. The group representing Jews from the MENA in the US, JIMENA,  played a part in drafting the law.  (However, the example cited in the article, preventing the exhumation of Jewish cemeteries in Algeria may be ill-chosen, as the work was approved by the French-Jewish representatives of the Consistoire). (With thanks: Lily, Imre)

WASHINGTON – The United States may now be able to prevent the destruction of Jewish heritage sites in the Middle East and North Africa.

Last week, Rep. Lee Zeldin (R, NY-1) introduced the Protecting US Heritage Abroad Act. The bipartisan legislation, cosponsored by Rep. Michael McCaul (R, TX-10) and Rep. Debbie Wasserman-Schultz (D, FL-23) would extend the current mandate of the US Commission for the Preservation of America’s Heritage Abroad to include the Middle East and North Africa, and would provide access to protected cemeteries, monuments and buildings. 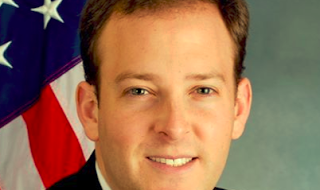 The commission is led by Paul Packer. “There are many countries beyond the current jurisdiction of the commission where Jews and other [members of other] religions are facing a hostile government and other adverse realities where their heritage is at risk, from cemeteries to synagogues and churches and more,” Zeldin told The Jerusalem Post in a phone interview. “There are issues where the foreign heritage of US citizens needs to be better protected.”

Implementation of the act would have to be negotiated individually with each nation.

The commission was established in recognition that the population of the United States is composed mainly of immigrants and their descendants, and therefore the US has an interest in the preservation of sites in other countries that are an important part of the cultural heritage of many Americans. The types of properties that the commission seeks to preserve include cemeteries as well as archaeological and archival material.

The catalyst behind the commission was the Holocaust, and therefore it was aimed at preservation in Europe. After six million Jews were annihilated, few were left to continue to care for the communal properties that represented historical culture in the area or that constituted an integral part of the Jewish religion.

The commission has operated in more than 25 countries to date. It is based in Washington and staffed by presidential appointment. Today, many properties continue to be endangered, Zeldin told the Post. Governments and communities in the region face fundamental and competing challenges. Some Jewish sites have been affected by a resurgence of antisemitism.

Zeldin said that once the legislation is approved, the commission would have the authority to take its work within its current jurisdictions in Europe, and utilize that model to work with governments of other countries outside the continent, specifically in the Middle East and North Africa, “to protect the remains of Jews where they’re being threatened, to protect churches and to protect synagogues, and more.”

He cited Algeria as an example of his aims, “where a plan unfolds for Jewish remains to be dug up from 31 different cemeteries and buried in one mass location. It is of concern for United States citizens for this commission to have the ability to protect those remains.”