Arab media report that Tunisian naval forces prevented a cargo ship belonging to Arkas, a Turkish company,  from entering Tunisian waters – because it was working with Israeli shipping company Zim.

The Tunisian campaign of the cultural and academic boycott of Israel claims, a bit improbably, that a vessel under the Turkish flag regularly transported containers from the port of Haifa to Tunisia through the Spanish city of Valencia, working the the huge Israeli shipping company Zim.

Electronic Intifada last week said that the Zim website mentioned the planned itinerary of the Cornelius A ship to land in the port of Radès. The Zim webpage does not say anything about that now; the current news articles say that they erased the itinerary.

But it seems unlikely that the Tunisian navy stopped the ship. According to the Marine Traffic website, the Cornelius A was last in Algericas on Sunday and is now in the middle of the Mediterranean, nowhere near Tunisia. 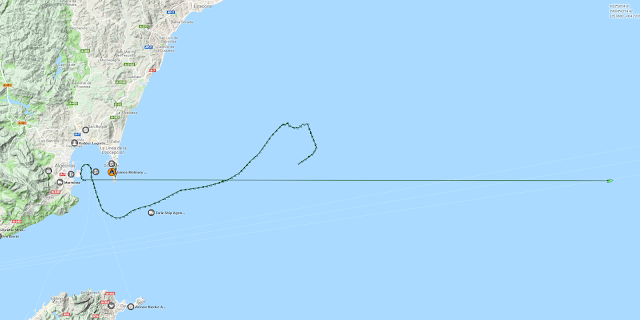 The real story is probably that Tunisian BDS pressured the government to not allow the ship to dock, the Turkish company came up with an alternative plan and nothing dramatic happened at sea.

The story says that the ship was originally scheduled to land in Tunisia on Sunday.

The Tunisian boycott initiative expressed its deep satisfaction at what it described as aborting a “serious normalization process with an institution of the Israeli regime.”

Tunisian BDS group TACBI issued a bizarre statement that “Since its establishment in 1945, ZIM has transferred Israeli settlers from around the world to occupied Palestine.” Their problem with ZIM isn’t “occupation” but the fact that originally it saved hundred of Jews and helped transport them to the Land of Israel.

TACBI also claims that ZIM “plays an important role in transferring weapons and equipment to the occupation army to use in its wars and massacres against the Palestinian people.”