Egyptian-born Moshe Mizrahi, one of the first film directors to explore Sephardi themes in the 1970s, was the only Israeli director to ever win an Oscar award. He has died aged 86. The Times of Israel reports:

Born in Egypt in 1931, Mizrahi moved with his family to Israel in 1946, before setting off to France in the late 1950s to pursue his film career. 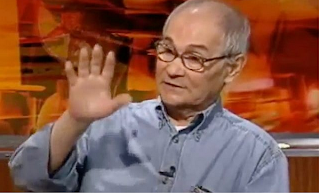 After directing a number of movies in France, Mizrahi returned to Israel in the 1970s, where he directed “I Love You Rosa,” his first film to be nominated for the Academy Award for Best Foreign Language Film.

Two more of Mizrahi’s films — “The House on Chelouche Street” and “Madame Rosa” — would also be nominated for the Academy Award for Best Foreign Language Film, with the latter winning the prize in 1977.

The award made him the first and only Israeli director to ever win an Oscar, though the film was submitted by France.

Mizrahi went on to direct a number of other films and in 2001 was awarded with a lifetime achievement prize from the Israeli Academy of Film and Television.