Ma’an publishes this horrific picture of a donkey that had been dragged behind the car of a Palestinian who lives in Hebron: 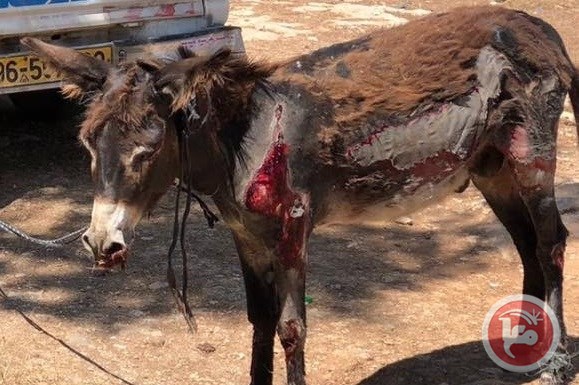 Israeli police noticed the Arab dragging the donkey on Route 60 near Hebron and arrested him. The injured donkey was transferred for further veterinary treatment.

At the end of his interrogation, the suspect was imprisoned and he is being brought to the military court in Ofer for the purpose of extending his detention.

The police issued a statement that “the Israel Police views with great severity the offenses of cruel, inhuman and degrading treatment of animals committed by criminals. And will continue to act determinedly to stop them and to strictly prosecute the suspects. “

A month ago, in the same area, Israeli police arrested another Palestinian for beating his horse, also in a horrific way, badly wounding it. 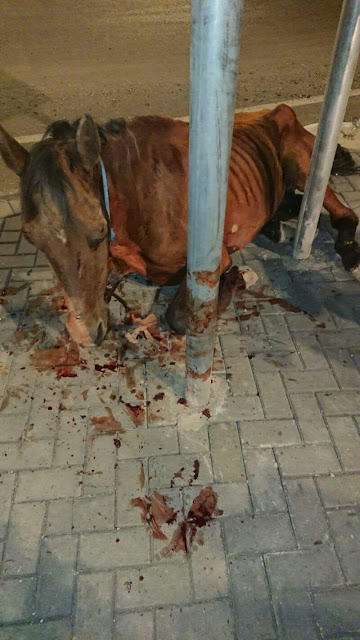 This is a pattern. In March, another Palestinian was arrested by Israeli police for pulling/dragging his donkey behind his car.

It doesn’t appear that Palestinian police arrest anyone for animal cruelty. In the third story mentioned here the Arab didn’t believe he was doing anything wrong.

I’m not even going to go into the sickening public slaughter of animals during Eid in the territories, where Arabs stab frightened, tied up animals to death.

My question for the animal lovers who hate Israel: Should Israeli police be involved in saving the lives of animals being routinely abused in the territories – or would it be better if the animals remain abused in the “State of Palestine”?

And if you choose option B – what are you doing to stop Palestinian animal abuse?