Long but fascinating essay by Samuel Tadros for the Hoover Institution. It describes how Arabs has begun to revive the memory of their lost Jews. However, the Jew they choose to remember is a distorted, anti-Zionist Jew who often only fulfils his destiny if he converts to Islam. (With thanks: David T) 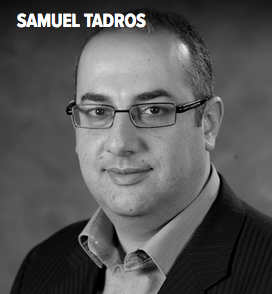 For over six decades, Arabic-speaking peoples have undertaken a deliberate effort to erase part of their memories. No grand council was convened to approve the measure, but a collective decision was nonetheless made. No longer would it be remembered that once upon a time, not so long ago, Jews had lived among them.

To aid the deliberate memory loss, a physical one would be attempted. Buildings left empty would soon be occupied. Synagogues would be demolished. No one needed a reminder of what had once existed, for the decision to collectively forget was nearly unanimous. Certainly not the new military governments, whose claims to legitimacy were increasingly crafted around a fight with “the Zionist entity.”

But the organized efforts by governments to eradicate this memory could not have succeeded had it not been met with enthusiasm and willing participation by the peoples themselves. To remember is to ask and some questions were better left buried, for an individual’s as well as a nation’s health. This is not to say that the memory of the Arabic-speaking countries’ Jews was completely wiped out.

After all, no matter how successful the effort to eradicate all physical evidence, it was impossible to completely erase the existence of more than 850,000 Jews who had lived in the Arabic-speaking countries for centuries.

Some things were bound to remain. An abandoned synagogue, a story from a grandmother, an odd name encountered in an old book, a 1949 Egyptian movie called Fatma, Marika and Rachel, some traces remained. But these traces were not of humans but of ghosts. The Jew, who had once lived there, was not a complete human being. Jews were mythical figures, of whose lives little was known except the confidence in their treason to the countries that had hosted them.

The Jew was an alien body that had been expelled from the nation, just as the Zionist entity would be expelled from the region, one day, soon. But inevitably, today or tomorrow, an interest in the lost memory is bound to occur. A moment of personal or collective crisis, a moment of shock, a moment of confusion forcing self-reflection the urge may take many forms, but the questions are inevitable. And so it has come to pass that the lost memory of the Jews who once lived among them has returned to haunt the Arabic-speaking peoples. Before memory was to be regained, a few glimpses of the mysterious other were to appear.