TOP NEWS
http://elderofziyon.blogspot.com/2020/09/the-uae-is-not-only-fighting-against.html
You know how Arabs and Arab apologists keep insisting that Arabs aren’t antisemitic, but merely anti-Zionist?
One of the most antisemitic statements ever made came from Saudi Arabia’s King Ibn Saud in 1937. Speaking to a British colonel and recorded in British archives, he said:

Our hatred for the Jews dates from God’s condemnation of them for their persecution and rejection of Isa (Jesus) and their subsequent rejection of His chosen Prophet….for a Muslim to kill a Jew, or for him to be killed by a Jew ensures him an immediate entry into Heaven and into the august presence of God Almighty.

This attitude has been the way that Gulf Arabs have looked at Jews since way before 1948 or even before Zionism.
The UAE is not only interested in having trade ties to the Zionist entity, as Egypt or Jordan might term it.
It wants to embrace Jews and Judaism.
The reporter accounts of the trip to the Gulf on Monday included some interesting details:

“We could not be happier to have you all here,” said one of those who spoke to us, and it didn’t feel forced. “I’m literally looking at cousins,” noted another, arguing that Jews and Muslims, Israelis and Arabs, have more in common than divides them.
In Abu Dhabi, those keeping kosher were served a kosher-certified gourmet dinner.

At the Louvre Abu Dhabi, the visitors saw a Chumash from Yemen and other Jewish artifacts: 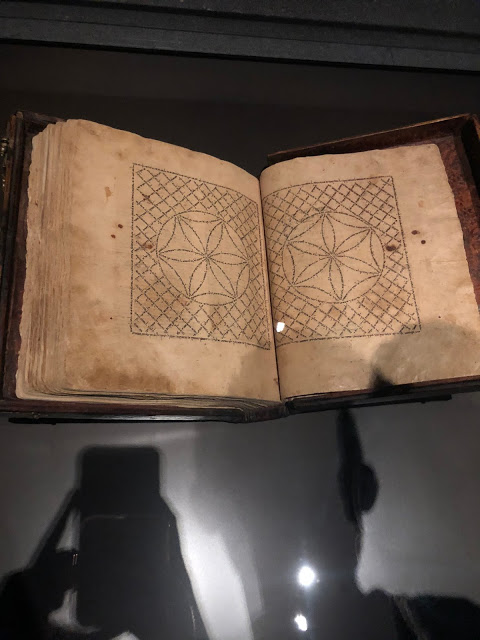 This is a long way from the days of Ibn Saud.
(h/t Mitch)