Ninety years ago, July 14, 1930, the Palestine Bulletin reported that the Arab leaders wanted to honor three Arabs who led the pogroms against Jews in Hebron in 1929. They were executed by the British and they were to be celebrated on the 40th day after their deaths. 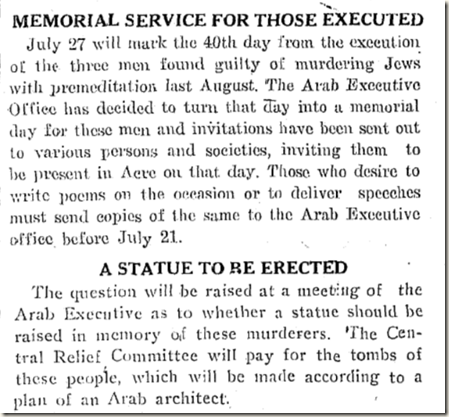 In the end, the British banned the public memorial. 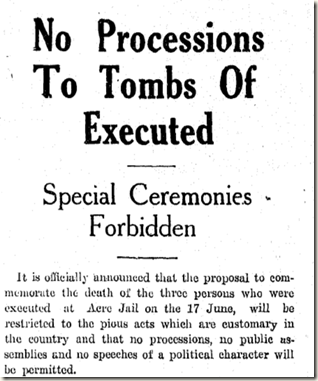 Astonishingly, however, Arabs from Israel’s Balad party celebrated these cold blooded killers on the 90th anniversary of their execution. Not only that, but there is a memorial to the men in the Israeli Arab city of Acre!  From the Jewish Press:

The Ad Kan organization on Sunday sent a letter to Interior Minister Aryeh Deri requesting the immediate removal of a monument in Acre, glorifying three pogromists who murdered Jews in the 1929 massacre in Hebron. Ad Kan warned the minister that such a memorial encourages Arab youths to follow in the path of the murderers. 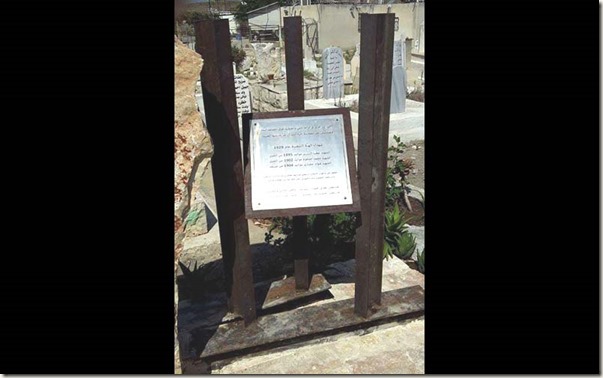 The existence of the monument was exposed by journalist Yishai Friedman, who reported last June in Makor Rishon that the Balad party, member of the Joint Arab list, posted on its official Facebook page praises to three leaders of the massacre of the Jews of Hebron and Tsfat in 1929, on the 90th anniversary of their execution by the British .They are described by Balad politicians as “martyrs of the al-Burak revolution” – the Arab nationalist name for the 1929 riots. 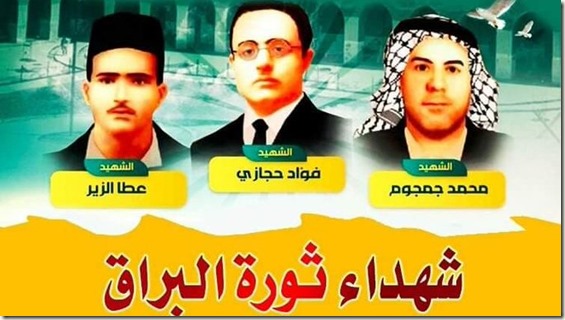 In total, 67 Jews were killed on August 24, 1929 in Hebron. 59 Jews died during the rioting and 8 more later succumbed to their wounds. They included a dozen women and three children under the age of five. Twenty-four of the victims were students from the Hebron yeshiva, seven of whom were American or Canadian. 58 are believed to have been injured, including many women and children.

It is unbelievable that Arabs in Israel can celebrate murderers of Jews – and have a monument in their memory.