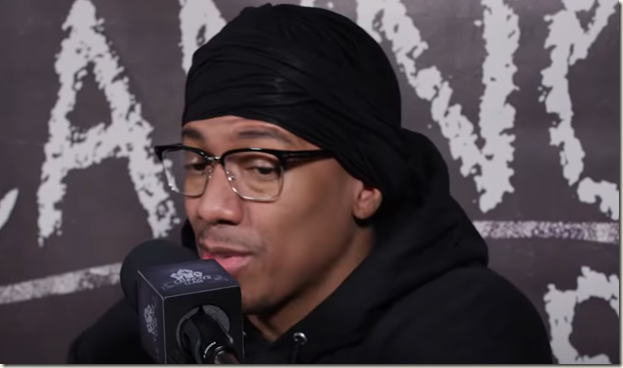 Yesterday, I tweeted “I wouldn’t want @NickCannon to be fired. I would want him to have an articulate Jewish guest on his podcast that can explain to him AND HIS AUDIENCE why his beliefs are offensive and wrong, where he is free to ask questions.”

The reason I say this is twofold: One is that cancel culture is evil, and that applies to both sides, although there must be consequences for bigoted speech.

Secondly and more importantly, if Cannon is fired it would only increase the Black antisemitism we have been witness to on shows like his and elsewhere. It would just prove to the Black community that Jews control everything and that their people are not free to speak. If someone knowledgeable can appear on his platforms, at least his audience can be exposed to the truth. As Jemele Hill wrote in The Atlantic yesterday, many Black people grow up with bigotry the same way that many whites do and it is more ignorance than malice:

[T]he unfortunate truth is that some Black Americans have shown a certain cultural blindspot about Jews. Stereotypical and hurtful tropes about Jews are widely accepted in the African American community. As a kid, I heard elders in my family say in passing that Jewish people were consumed with making money, and that they “owned everything.” My relatives never dwelled on the subject, and nothing about their tone indicated that they thought anything they were saying was anti-Semitic—not that a lack of awareness would be any excuse.

I don’t know if it was because of my tweet, but not long afterwards Cannon wrote a statement echoing the same suggestion I wrote.

Anyone who knows me knows that I have no hate in my heart nor malice intentions. I do not condone hate speech nor the spread of hateful rhetoric. We are living in a time when it is more important than ever to promote unity and understanding.

The Black and Jewish communities have both faced enormous hatred, oppression persecution and prejudice for thousands of years and in many ways have and will continue to work together to overcome these obstacles.

When you look at The Media, and other sectors in our nation’s history, African Americans and The people of the Jewish community have partnered to create some of the best, most revolutionary work we know today.

I am an advocate for people’s voices to be heard openly, fairly and candidly. In today’s conversation about anti-racism and social justice, I think we all – including myself – must continue educating one another and embrace uncomfortable conversations – it’s the only way we ALL get better. I encourage more healthy dialogue and welcome any experts, clergy, or spokespersons to any of my platforms to hold me accountable and correct me in any statement that I’ve made that has been projected as negative. Until then, I hold myself accountable for this moment and take full responsibility because My intentions are only to show that as a beautiful human species we have way more commonalities than differences, So let’s embrace those as well as each other. We All Family!

Notice that this is not an apology. Cannon explains why in an interview:

“To me apologies are empty. Are you forcing me to say the words, ‘I’m sorry’? Are you making me bow down, ’cause then again, that would be perpetuating that same rhetoric that we’re trying to get away from,” Cannon says. “What we need is healing. What we need is discussion. Correct me. I don’t tell my children to say, ‘I’m sorry.’ I want them to understand where they need to be corrected. And then that’s how we grow.”

“You can say sorry in as many different languages as you want to, and it means nothing,” Cannon continues. “But until someone truly understands where they may have been wrong or where they may have offended someone, then that’s where growth occurs.”

I agree with this. Too many times we have seen celebrities issue pro forma apologies that were drafted by teams of public relations experts and lawyers and the media accepts it and they go on with their lives.

The question is whether Cannon is serious about wanting to learn.

I have grave reservations about whether Nick Cannon can be educated. He believes in conspiracy theories – in the Rothschilds controlling the world, in the Illuminati, in “six corporations” and “13 families.” The idea that Blacks are the true descendants of Hebrews and Jews are imposters is also a conspiracy theory based on absolutely crazy premises that ignores 2000 years of recorded history. Conspiracy theorists cannot be swayed with facts because they regard the facts as just more evidence of an even larger conspiracy.

I also fear that perhaps my idea gave him a “get out of jail free” card where he can claim to care about dialogue and truth while keeping his media empire intact.

But it would still be far better for Cannon to host people, Jewish or Black or both, who can explain to his audience both why his words are hurtful and why they are false, rather than let him spew his bile unopposed. Cannon might be irredeemable – but a quarter of a million people watched his antisemitic and racist podcast on YouTube and plenty more on other platforms. if Jemele Hill is correct, many or most of them are simply never exposed to any other opinions besides antisemitism. Hosting an articulate counterpoint can have far better results than simply forcing Cannon to issue another insincere celebrity apology.

it may be too late. Reading comments on his statement in Facebook one sees Black people happily repeating lies about Jews controlling the slave trade or blaming all Jews for bad landlords. Like it or not, when Farrakhan spouts is hate, he has a large audience primed to believe it uncritically.  But the more that the truth can be exposed on the same platforms that are usually filled with lies, the better.

We’ll see if Cannon follows through, who he chooses as his guest if he does, and how many times he will welcome critics to his show and not just like-minded bigots like Professor Griff.