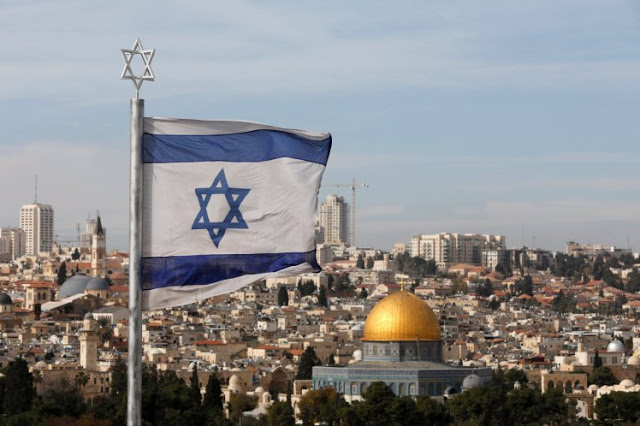 At the moment, the Organisation of Islamic Cooperation is holding an extraordinary session to respond to the US decision to recognize the fact that Jerusalem is Israel’s capital.

Palestinian and Arab speeches and articles stress, over and over again, that Jerusalem as the Palestinian capital is non-negotiable. “Jerusalem is and will forever be the capital of the Palestinian state… There will be no peace, no stability without that,” Abbas threatened.

All of this points to the supreme folly of Israel accepting the concept of dividing Jerusalem at Camp David.

In many ways, this is a war of public relations. And only Israel has accepted any real compromise on Jerusalem, while not one of the Muslim leaders at this conference are saying that Jerusalem can even be a shared capital between Israel and “Palestine.”

The Arabs can say, flatly, that there will never be peace without Jerusalem as the capital of an artificial Palestinian state. And the only reason that the world accepts that completely arbitrary demand as sacred is because there hasn’t been a similarly flat rejection of sharing and dividing Jerusalem by Israel. O the contrary, Israel is on the record of wanting to share Jerusalem for an illusory “peace”  – and that decision is haunting us to this very day.

It is only because of that folly by Ehud Barak that we now see the world supporting Jerusalem – and especially the Old City – as “Palestinian,” today.

If Israel would have been as adamant in refusing the idea of a shared, divided Jerusalem as the Arabs are at regaining it, then things would be different. If Israel had treated Jerusalem as non-negotiable as even Yitzhak Rabin had, then these absurd threats of ISIS terrorism unless Jerusalem is Arab would be muted.

The formula is simple, and it is a mirror of the formula that Abbas has used successfully for so many years:

Jerusalem is a red line. It will never be divided. There will be no peace unless Israel, the only entity that can guarantee free access to adherents of all religions, controls the city. Dividing or sharing Jerusalem is impossible, it is absurd, and it is antithetical to peace. If the Palestinians insist that for some reason Jerusalem is a prerequisite for them to have a state, then they will never have a state.

If Israel had been as adamant on Jerusalem as the Palestinians are, then the world would pressure the Palestinians to compromise. By stupidly saying that Israel is willing to cede any part of Jerusalem for “peace,”  Ehud Barak (and Olmert and the rest) ensured perpetual war and terror.

It would be nearly impossible to reverse this historic mistake today, but Israel should at least adopt the uncompromising rhetoric of “no peace without Jerusalem” that the Arabs have successfully used.