The Washington Post coverage of the so-called “Palestine Marathon” last year starts off this way:

The finish line at the biggest race in the West Bank featured fresh-squeezed orange juice and piles of Jericho dates instead of Gatorade and Gu packets. Clusters of runners danced to techno versions of Justin Bieber and Adele songs along with traditional Arabic music, and finishers ate freshly fried falafel as they stretched out in the sun on the cobblestones of Manger Square. Friday’s winner, Mervin Steenkamp, guessed his final time after finishing — there was no official clock at the end — and was paraded through the crowd as he held up a peace sign for photographers instead of the one finger usually displayed by first-place finishers.

A peace sign? Under Palestinian rule, the “V” is never meant for peace. It is meant as “victory” over Israel. Terrorists use the symbol all the time.

I can’t say for sure what Steenkamp’s motivation was – he won the fake race the year before and also flashed the gesture –  but you can be certain that Palestinians do not interpret it as peaceful. 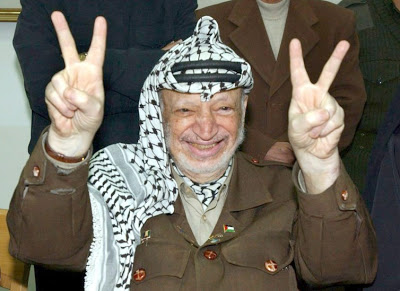 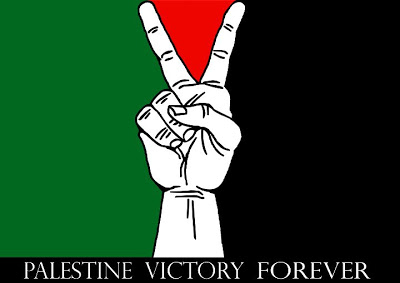 When you have peace, everyone is a winner. When you have “victory,” then your opponents have lost. This is the opposite of peace.

Jibril Rajoub, the Palestinian sports minister who took over the marathon this year, easily morphs between the language of peace and the language of supporting terror depending on who is is speaking to. He said that the point of the marathon was to expose 50 years of Israeli “terror.”  But at the same time he claims that it gives a “humanitarian message to the world.”

The race is pure propaganda. It is staged in front of the Church of the Nativity without reporters noting how the Christians of the region have nearly all fled because of the discrimination and terror from Muslims.

It hands out official times for the winners to the hundredths of a second as if it is a real marathon even though, as the WaPo notes, there is no official clock, at least as of last year.