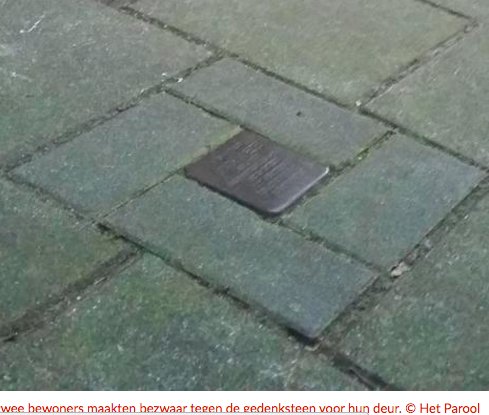 
City workers dislodged and relocated a postcard-sized memorial plaque from the entrance to the former home in Amsterdam of a Holocaust victim following complaints by residents.

The plaque – a brass cobblestone bearing the name of Joachim Elte that was embedded into the sidewalk of Nicolaas Maesstraat 3 in 2014 – was moved to a location “as far away as possible from the door” of the two residents, who have recently sued the city to have the plaque removed altogether, Sebastiaan Capel, the director of Amsterdam’s southern district told Het Parool daily on Friday.

The two residents, who were not named, recently filed with a preliminary relief judge a motion for an injunction ordering the memorial cobblestone’s removal because Capel had ignored their demands that it be removed from anywhere in front of their residence, the daily reported.

In their motion, the two residents said they found the cobblestone too confrontational because it constantly reminded them of the deportation and murder of Elte, a 51-year-old accountant who died at a Nazi concentration camp in 1945. They also argued it “compromises the atmosphere” of their upscale neighborhood and their privacy because it attracts onlookers.

As the photo shows, the plaque does not interfere with anything.

The idea of putting plaques in front of the homes of Holocaust victims came from a German artist, Gunter Demnig, who began placing 10 cm square plaques in 1997. Demnig’s motto is  “A man is only forgotten if his name is forgotten.”

Clearly, some Amsterdam residents want the world to forget the name of Joachim Elte. 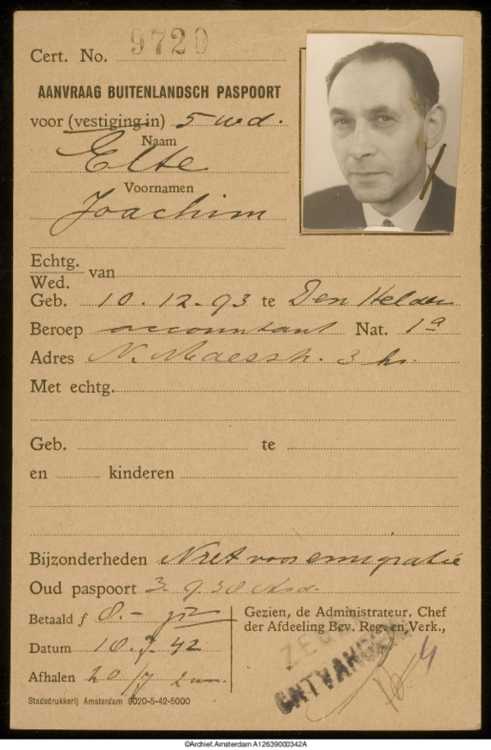 According to Google, here is the building where Elte used to live, at  Nicolaas Maesstraat 3.

Just in case you want to visit, and perhaps knock on the door to ask what they remember about Elte. 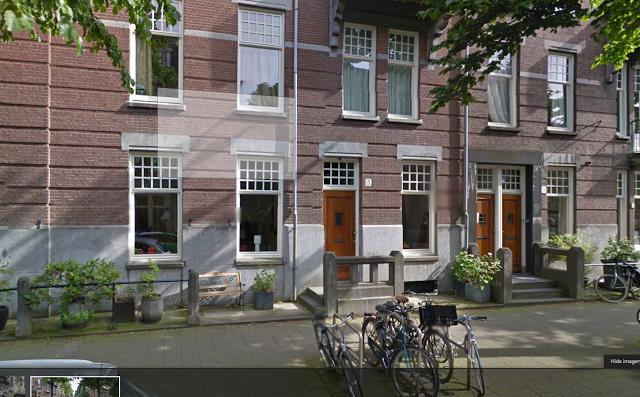