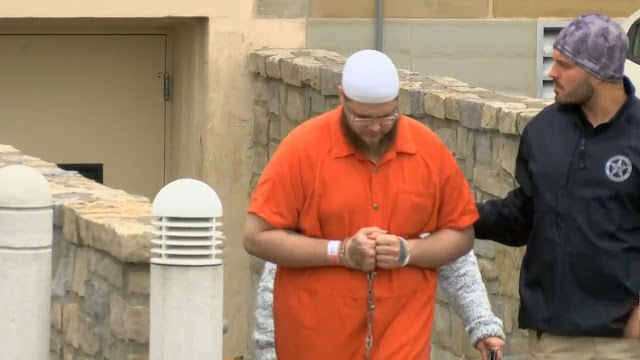 In December, Damon Joseph, an Islamist who called himself “Abdullah Ali Yusuf,”was caught plotting to shoot Jews at at least one Toledo synagogue. He wanted to “kill as many people as possible.”  He was inspired by ISIS and his plot, already in progress, was further inspired by the Pittsburgh Tree of Life massacre.

The only thing that stopped another terrible synagogue attack was the FBI.

It has been pointed out in recent months (by the ADL and by the Israeli Ministry of Diaspora Affairs) that most deaths from anti-Jewish hate crimes have been at the hand of the far right as opposed to any other group.

The Tree of Life synagogue attack is the most obvious example, but most of the deadly attacks on Jewish institutions in the past decade (Holocaust museum in Washington, have indeed been from the far right, and not from Muslims.

However, that isn’t the whole story.

Muslims have been trying to bomb synagogues in America for quite a while. The FBI has foiled all of these bomb plots.

In 2016, a Muslim convert was arrested and later convicted after plotting to blow up a synagogue in Aventura, Florida.

In 2011, two Muslim men were arrested for trying to blow up two Manhattan synagogues. One said he hated Jews and was a supporter of Palestinians.

In 2009, four Muslim men were arrested, and ultimately convicted, of a plot to blow up four New York synagogues.

In 2005, a group of Islamists were caught trying to bomb Los Angeles synagogues along with military targets.

(Also last year a Muslim was arrested for attempting to run over two Jews outside a Los Angeles synagogue, while shouting antisemitic slurs.)

There were other plots by Muslims against other targets in America. The woefully incomplete Wikipedia page details a number of failed terror attempts since 9/11, of which the majority are Muslim-plotted.

The lack of successful Muslim terror attacks against Jewish targets is for one simple reason:  very effective law enforcement. It sure isn’t from lack of trying.

One probable reason that the right-wing antisemites are more successful is that, unfortunately, they have relatively easy access to guns and automatic weapons. Muslim terrorists cannot as easily walk into a gun show and pick up weapons without raising eyebrows. This forces the Muslim terrorists to go to the Internet to find suppliers and collaborators for their plots and be more easily detected by the FBI.

To conclude that the real danger to Jews comes from the far Right and not from Islamists is to be very shortsighted. It is luck and good police work that has stopped several other Pittsburghs from happening.