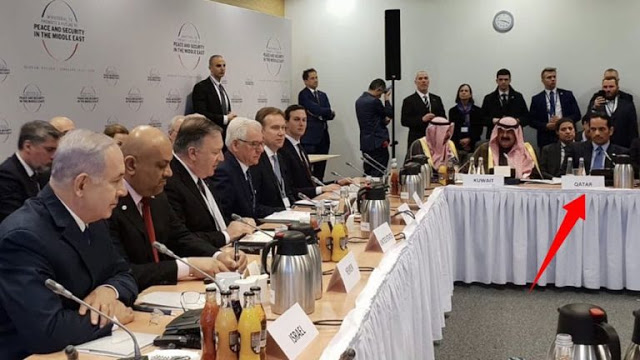 I mentioned last week that the Palestinian leadership had a full court press to stop Arab nations from participating in the Warsaw Middle East conference sponsored by the US and Poland.

The PA Ministry of Foreign Affairs warned all countries against participating in the conference. Fatah spokesman Osama Qawassmeh warned that any Arab leader who meets with Prime Minister Benjamin Netanyahu at the Warsaw conference would be “stabbing Jerusalem and our Palestinian people,” similar to what Secretary General of the Executive Committee of the PLO, Saeb Erekat, said.

In the end, the Arab world ignored the demands of the PLO.

The list of Arab countries who sent ministers were:

It used to be that Arab nations were deathly afraid of any perception of being friendly with Israel. The most cutting insult for political opponents was “Zionist.” Opposition group leaders would be accused of having Jewish blood. No one wanted to appear soft on Israel, and the PLO ensured that this would be the status quo.

Now no one cares about the PLO. This is not so say the Arab nations don’t care about Palestinians, but they have no confidence in their leadership and they are done with being bullied and threatened for talking with Israel.

It is a remarkable change, and one that can almost wholly be credited to Netanyahu.