This excellent piece by the Assyrian Christian writer Mardean Isaac, focusing on the Aramaic-speaking Jews of Kurdistan until their mass exodus in 1950-1, somehow escaped my notice when it was published in Tablet in November 2018. Here is an extract detailing the curious episode of the failed aliyah of over 1,000 Kurdish Muslims claiming Jewish ancestry in 1991.

The establishment of the KRG (Kurdish Regional Government) allowed Israel to resume direct, though still clandestine, engagement with Iraqi Kurds, which had been put into abeyance since 1975. After the borders of Iraqi Kurdistan were opened to Israelis, Muslim Kurds began to contact members of the Israeli intelligence who were present on the ground in the KRG, claiming Jewish ancestry. 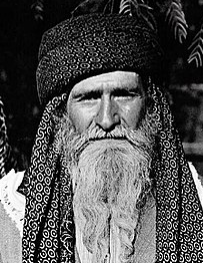 Yona Mordechai was a member of the committee vetting these potential Jews. “I knew that almost every Kurdistani Jew had left by 1951-2—I was part of that migration,” he told me, “so it was hard for us to believe there were any Jews remaining there.”

Their families in Israel, however, pressed firmly for their relatives to make aliyah. The intelligence services and the Jewish Agency finally agreed to bring into Israel around 1,700 Muslim Kurds with Jewish ancestry, mainly through secret air operations. “When I asked them for evidence of their Jewishness—a ketubah, for instance—they could produce nothing. They instead named people in their family, citing a Mordechai or Moshe. I told them I had a neighbor named Ibrahim: Does that mean I’m Muslim?”

All of these prospective Jews were practicing Muslims, and most had likely fabricated their Jewish ancestry, which was usually claimed through a grandmother. Measures were taken to help them “become Jewish” as Mordechai put it, including translating instruction books into Kurmanji, to no avail. “There is an absorption center, and nearby a Muslim village named Abu Ghosh,” said Zaken. “They would go from the absorption center to pray in the mosque.” It soon became clear that the vast majority, if not all, of the emigrants were seeking to secure state benefits—including significant payments their families gave them in order to settle in Israel—and an Israeli passport. Once these were secured, almost all left for Europe or returned to Kurdistan.