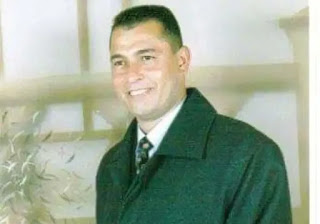 In a bold move, a Palestinian businessman from Hebron announced over the weekend the establishment of a new party that calls for focusing on economic prosperity for Palestinians.

The founder of the party, called Reform and Development Party, is Ashraf Jabari, 45, who belongs to a prominent clan from Hebron.

Palestinian Authority officials claimed that Jabari is working with the US administration to undermine the PA. They said that the timing of the announcement of the party was linked to US President Donald Trump’s upcoming plan for peace in the Middle East, also known as the “deal of the century.” The PA is strongly opposed to the plan on the pretext that it aims to “liquidate the Palestinian cause and national rights.”

In an interview with The Jerusalem Post, Jabari said that he has long been thinking of establishing a party that would offer hope to Palestinians. “Three days ago, I launched my new party together with many people,” he said. “We’re not offering ourselves as an alternative to anyone. We just want to focus on the economy and ensure a better future for our people. The status quo can’t continue.”

Jabari, who previously worked for the Palestinian Authority security forces, said that his party’s platform supports the idea of a one-state solution “because the two-state solution is no longer viable.”

Last February, Jabari participated in an Israeli-Palestinian economic conference in Jerusalem, where US Ambassador to Israel David Friedman was the key speaker. In his speech, Friedman described Jabari as a “man of courage and vision who is practical but committed to peace and to coexistence.” The US administration, Friedman said, “couldn’t ask for a better partner in this effort. I’m proud to call you my friend.”

Naturally, the Palestinian Authority and Fatah are very upset, and are threatening Jabari and his party.

TheMarker reports that on May 1, the same day Jabari announced the party, Fatah issued a leaflet warning the residents of Hebron against even any contact with his Reform and Development Party.

The flyer accused the heads of the new party of supporting normalization with Israel and mentioned that they recently met with Israelis in Tel Aviv.

“Fatah will not allow such parties to stand up because they call for normalization with Israel and try to bypass the Palestinian legitimacy and the national factions, and it will eliminate the existence of the party within 48 hours,” the flyer said.

Jabari claims  the party has some 5,000 activists throughout the West Bank.

The Jabari clan is well known to have a good relationship with Israel and withJews in Judea and Samaria, and it is also heavily armed, so Fatah is seeking ways to undermine it in public opinion.

Of course, no mainstream Palestinian media is reporting on the founding of this party, because they don’t report what Fatah doesn’t want reported.