A historian has questioned whether an anti-Jewish massacre of up to 14 Jews  in the Lebanese town of Tripoli actually took place in 1945.

History books have long recorded that a massacre took place in Tripoli, Lebanon ( aka Tripoli de Syrie)  on 9 November 1945. Twelve to 14 Jews were allegedly killed. The authoritative history of the Jews of Lebanon published in 2001 by a professor at the London School of Economics, Kirsten E. Schulze, cites the massacre. So does the Encyclopaedia of the Jews in the Islamic World, published in 2010.

But no newspapers of the time  – the Palestine Post,  the Lebanese and international press – report such a massacre. 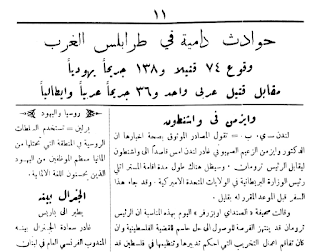 Historian of Lebanese Jewry Nagi Georges Zeidan believes that the misconception, recycled in published works,   arose out of confusion with a massacre that occurred in Tripoli, Libya ( aka Tripoli de Libye) between 5 and 7 November 1945. Some 130 Libyan Jews were murdered in that episode.A Jewish source told Zeidan that he had not heard of a massacre in Lebanon and  that relations between Jews and non-Jews in the country only began to deteriorate at the time of the first Arab-Israeli war in 1948. 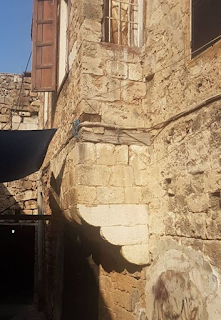 The synagogue in Tripoli, Lebanon, now a dry cleaner’s.

Nagi Zeidan says that  there is no evidence of a mass burial, nor is such a massacre commemorated by the Jewish community.

According to Zeidan, there were 84 Jews in Tripoli, Lebanon in 1930. The census of 1932 puts their number at 25. Zeidan lists eight households from the town. The family of Ibrahim Cohen had moved to Beirut.  Isaac, son of Simon Ninigan, had no children. The only daughter of rabbi Chehadeh moved to Sidon. Selim, son of Jacob Srour,  died in 1951 and is buried in Beirut. The Mizrahi family emigrated first to Israel then to the US. Youssef, son of Chehadeh Mizrahi, died in October 1945, three weeks before the massacre, and is buried in Beirut. He had no offspring. There was another surviving son, Mourad.

Nagi Georges Zeidan, who is  Lebanese Christian,  first began researching the history of the Jews of Lebanon 25 years ago. He is about to publish a book in France this summer 2020, Les juifs du Liban d’Abraham à nos jours et leur tragique disparition  For details and to donate towards  publishing costs, click here. 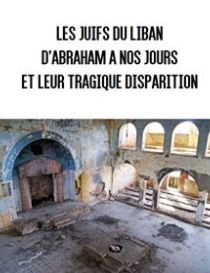