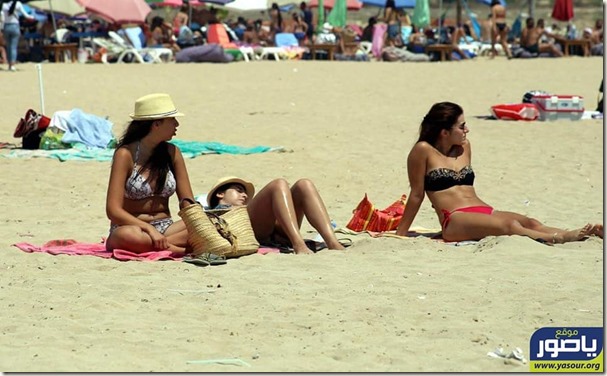 Hezbollah and its allies are getting more and more confident in attacking Lebanon’s liberal traditions.

A very amusing example came rom the Facebook page of Shiite cleric Abbas Hoteit, who posted on Sunday photos of bikini-clad women from a Sidon newspaper “Ya Sour.” 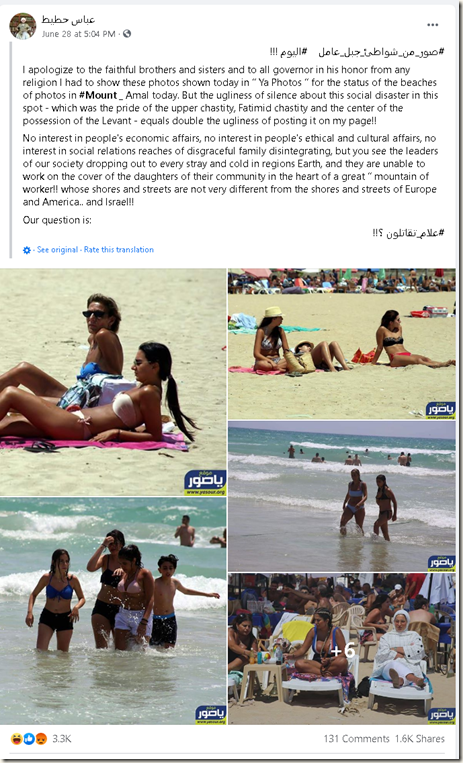 He apologized profusely for being forced to show his followers such filth – ten times – but felt he had to let his followers know exactly how terrible things are in Tyre, where the beaches now resemble those of Europe and Israel.

I apologize to the believing brothers and sisters and all those who guard their honor, be they of any religion, for me presenting these pictures, which were presented today on the “Ya Sur” site, about the state of the beaches of Sidon in Jabal Amil today. But the ignominy of staying silent about this social tragedy in this region – which was the pride of the Shi’ism of Ali and the chastity of Fatima, and a center of the Hawzas of the Levant – is many times (worse) than the ignominy of presenting them on my (Facebook) page.

Just to make sure that the point got across, he posted the same pictures a second time today.

Some people are making fun of his hypocrisy of spreading what he considers filth in the name of fighting filth.

A couple of weeks ago, there was a similar controversy  when Shiite fundamentalists attacked photos of young people swimming and drinking beer by a beautiful stream in southern Lebanon, saying “their personal freedom contradicts our customs and norms especially in this land that the Mujahideen have tread upon and watered with the blood of the martyrs.”

One of the beach photos ironically shows how tolerant Lebanon still is – for now. 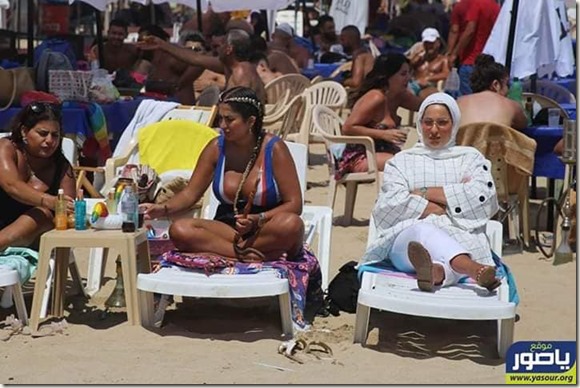 Apparently, posting bikini photos is halal when they are used as clickbait.