The US organisation Sephardic Heritage Museum is leading a project to ‘restore’ the Great synagogue in Aleppo, Syria. One of the leaders of the community, Joseph Sitt, has urged the community to help advance the work on the roof and walls  before the winter sets in. There are no Jews living in Aleppo and only a handful in Damascus. 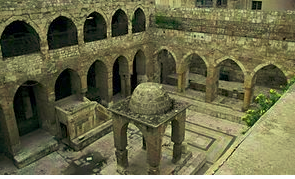 The Great Synagoue in Aleppo as it was in 2008 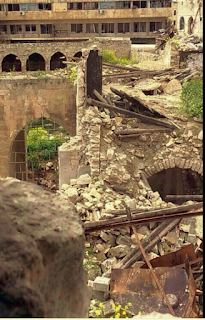 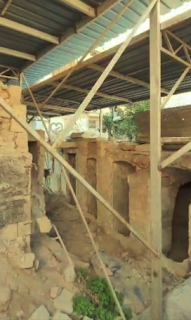 Photos on the recent newsletter show the Great Synagogue in 2008 and the alleged destruction following the Syrian civil war. It is not known if the Sephardic Heritage Museum is in consultation with experts.

Joseph Sitt traces the history of the synagogue in  his Succot newsletter: “One of the recent initiatives of the Sephardic Heritage Museum has been to oversee and fund the restoration of the Great Synagogue of Aleppo. According to legend, the foundation for this holy place of worship was constructed by King David’s General, Joab Ben Zeruyah (circa 950 BCE) after he conquered the city. Visitors throughout the centuries were impressed by its beauty. An Italian nobleman, Pietro della Valle, who visited the synagogue on August 23, 1625, writes, “The synagogue of the Jews of Aleppo … is known for its beauty and antiquity.”

“For 3,000 years this synagogue has been a silent witness to our illustrious community’s steady growth, yet ultimately has been left standing alone as our entire community of over 25,000  emigrated from the area over the course of the past century.

“Unfortunately the synagogue was severely damaged in a 1947 riot, but rebuilt again by Murad Guindi, Albert Nakash and Jack Chakalo in the 1980’s.

“Sadly the recent civil war in Syria  has caused the destruction of the synagogue once again.
As the weather grows cold and wet in the winter months, we are racing against the clock to restore a proper roof and walls of the Eastern portion of the synagogue. This section is the location in which the newly arrived Spanish Jews prayed in the 1500’s and the area that houses the cave of Eliyahu Hanavi.

“This area also protects the graves of our ancestors and many great rabbis of Aleppo, some dating back 2500 years ago.”