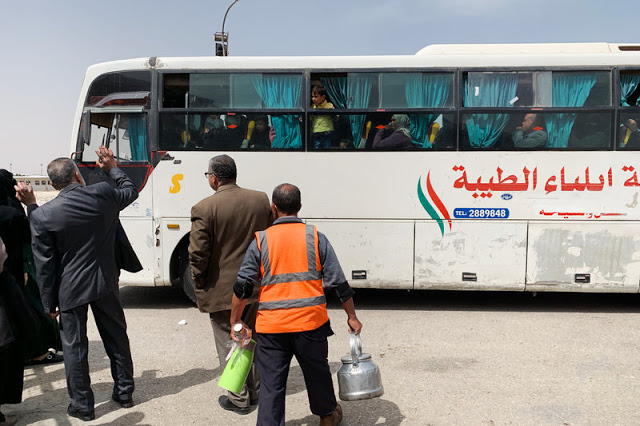 Israel is again being vilified, this time for revealing last week that it has been working to find ways for Gazans to voluntarily move to Europe.

Israel is actively promoting the emigration of Palestinians from the Gaza Strip, and is working to find other countries who may be willing to absorb them, a senior Israeli official said Monday.

Israel is ready to carry the costs of helping Gazans emigrate, and would even be willing to consider allowing them to use an Israeli air field close to Gaza to allow them to leave for their new host countries, the official said, apparently referring to air force bases deep inside Israel.

The senior official, in Ukraine as part of Prime Minister Benjamin Netanyahu’s delegation to Kiev, spoke on condition of anonymity.

It was not very wise to publicize this plan, given that Israel found no country in Europe willing to take Gazans voluntarily.

People like Haaretz’ Amira Hass are clucking about how terrible Israel is for considering such a thing.

While no one doubts it is in Israel’s interest to encourage Palestinian migration, these critics who claim to care so much about Palestinians are ignoring the fact that many Palestinians desperately want to leave Gaza and the West Bank – and some are willing to risk their lives to do so.

A month ago, two boats capsized off of Libya’s coast, filled with 300 would-be refugees to Europe – including many Palestinians.

An estimated 35-40,000 Palestinians have left Gaza in the past year alone. That’s 2% of the total population of Gaza, and they mostly left through Egypt which has severe restrictions on how many can leave.

If the “pro-Palestinian” side actually cared about Palestinians, wouldn’t they want a safe means that Palestinians could leave if they choose?

“Voluntary transfer” is phrased as if it is a means of ethnic cleansing, but it is voluntary. No one is forced to leave. Going through Israel, subsidized, to go to Europe – even though the plan has not worked out – is far more humane than forcing thousands of Palestinians to resort to going on rickety and dangerous boats. Even if Israel has ulterior motives, the plan is still more humane than any alternative.

For members of the supposedly progressive crowd, Israel’s support for a plan that can save Palestinian lives is enough reason to oppose it.  Think about that.

These critics don’t actually care about Palestinians but only want more excuses to use them to attack Israel.