Having persecuted and purged their Jews as punishment for the rebirth of Israel, many Arabs now realize they shot themselves in the foot. They want them to return, Dr Edy Cohen writes in this BESA Center reports. But governments continue to look the other way. 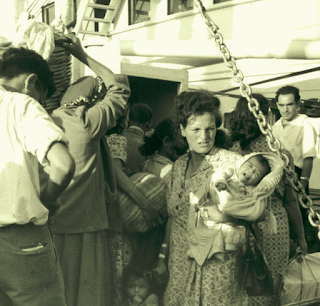 A million Jews lived in Arab countries in the 20th century. Today, just a few thousand are left, mostly in Morocco and Tunisia. The purging of the Jews caused a crisis in almost every Arab country from which they came.

Despite their relatively limited numbers, the Jews’ impact on society, culture, economy, and trade was crucial to the development of those countries, and their loss was felt. After the Jews were evicted from Iraq and Egypt, for example, those countries experienced crisis after crisis. There is now a palpable longing in most Arab states for the Jews to return.

Many believe that only with a Jewish presence will their countries blossom and develop as they did in the past.

The Jewish contribution to Arab states was significant. In Egypt, the gold market flourished with a Jewish presence and continues to do so to this day, even though the Jews were thrown out and their stores ransacked.

Jewish symbols like the Magen David remain engraved on Egyptian shops, in markets, and on buildings. The older generation still remembers the prosperity of the time when Jews were in possession of their stores.

It is no coincidence that Cairo has decided to invest tens of millions of dollars in the restoration of synagogues throughout Egypt. The most recent is the renovation of the once magnificent Eliyahu Hanavi (Elijah the Prophet) Synagogue, in which $6 million is being invested.