One of the slogans of the Second Intifada (aka “Al Aqsa intifada,” aka Oslo Jihad) is “What was taken by force must be retaken by force.” It’s a classic motto of zero-sum honor-shame cultures in which a blackened face must be washed in blood, and in which negotiations (like Oslo) are evidence of cowardice and humiliating to those who follow the honor code.

We find this slogan written on the wall behind Muhammad al Durah and his father.

Segment 5 of 7 Raw Al Durah Footage: Muhammad Down and his Father Swaying from Al Durah Project on Vimeo.

Here’s a still with the beginning clear on the left. 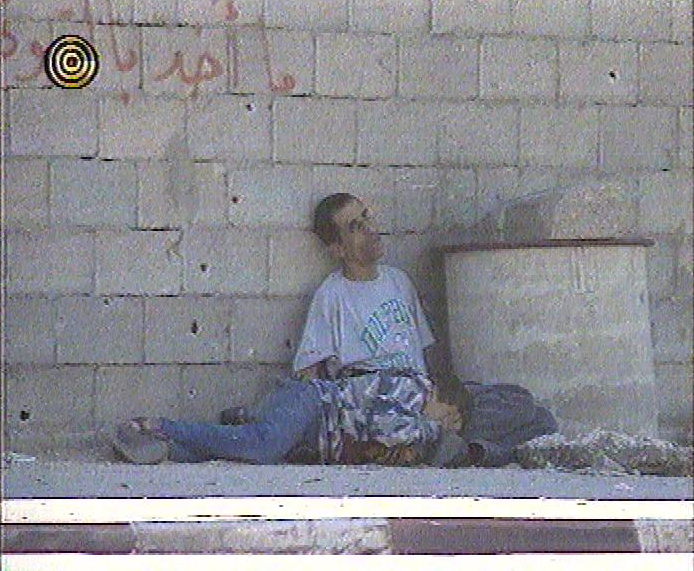 Also on a mural of Al Durah: 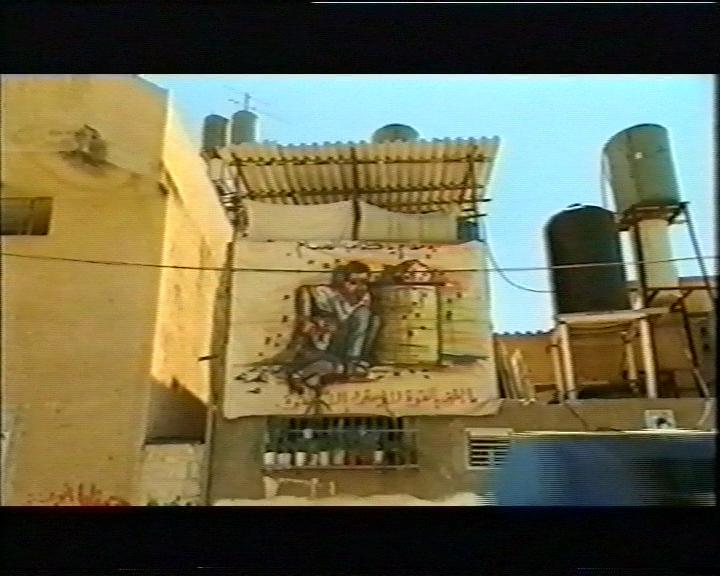 Few slogans better illustrate why the Oslo “Peace Process” was doomed from the start because the Israelis and Americans did not pay attention to the pervasive signs that for the Palestinians, Arafat in particular, this was about honor and not “the peace of the brave.”