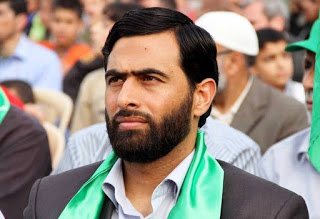 Things are starting to fall apart in both the PA and Hamas-controlled territories.

In Gaza, Hamas quietly arrested and reportedly tortured one of its own senior leaders, Mushr al-Masri, on alleged charges of embezzlement and treason.

Reports say that he was briefly transferred to a hospital because of the beatings he endured, only to return to the prison.

News reports say that Hamas has arrested a number of its own in recent months on charges of collaborating with Israel, and some have been executed while the official cover story is that they were killed “while performing tasks of jihad.”

On the West Bank, however, things look even worse for the PA.

The pro-Fatah Palestine Press Agency reports that the increasing number of clashes between various armed groups, and between these groups and and PA security forces, are all part of attempts to position themselves ahead of any power struggle if Abbas dies or otherwise leaves without a strong successor.

There have been armed clashes between Fatah armed groups and other armed gangs who are making money on illegal drugs and arms, in the Balata camp and elsewhere. The PA security forces are reportedly providing weapons to some armed groups to buy their loyalty in case things go south quickly. Unemployed youths in the camps are susceptible to being recruited to these armed groups. The residents are very worried that a civil war will break out as soon as Abbas is gone without designating a clear successor that is accepted by the people – a prospect that seems dim.

The planned Fatah conference in November may make things worse if it doesn’t address these issues. And the increased pressure from Egypt and Gulf states on Abbas to get his act together is putting everyone on edge.

There are big problems in the territories, and things could explode sooner rather than later.