An alarming  new trend in the US to brand Jews as  ‘white’ is antisemitic and must be resisted at all costs, declares Seth Frantzman in The Jerusalem Post. This also strips Jews of their wonderful and historic diversity. 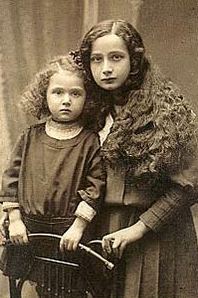 Jews from Warsaw in Poland

The term “white Jews” is anti-Jewish because no other group is subjected to this same slur of forcibly shoehorning them into a false whiteness. For instance, Muslims, of which there are almost two billion, are not called “white Muslims.” Only Jews are called “white Jews.” Used often enough, the term is designed to dehumanize Jews and take away their diversity, forcing them into the “white” category in America, the category that means “majority” and “privileged.”

The term “white Jews” should be resisted. It is designed solely to make Jews not only an “other” but at the same time a member of the majority. “White” means “majority” in the US, while “Jew” means “other.” So labeling Jews “white” is a way to purposely attack and single out this one group. You’ll notice that those who use this term don’t say “white Muslims, white Hindus, white Catholics.” There is only one group whose religion they seek to lump in with “white.” The goal is to say this often enough until the word “Jew” is synonymous with white. And you’ll notice that “white supremacy” is often lumped in as well, until the word “Jew” in some American circles will be synonymous with “white supremacy.”

This strips Jews of their historic and wonderful diversity. Jews are from Yemen, Morocco, Iraq, Iran, Turkey, Ethiopia, India and many other places. When Americans say “white Jews” the idea is to rip that diversity away and bleach it out until there is no history of Jewish people. Jews are even told now that any discussion of Jews being victims of racism is a way for Jews “dwell” or “center” on themselves. The only minority group in America told that it cannot discuss its suffering, and that it is “white.” Just as the term antisemitism, coined in the 19th century, led to dehumanizing of Jews, the term “white Jews” is designed to dehumanize, to package Jews into one monochrome and binary concept of race.