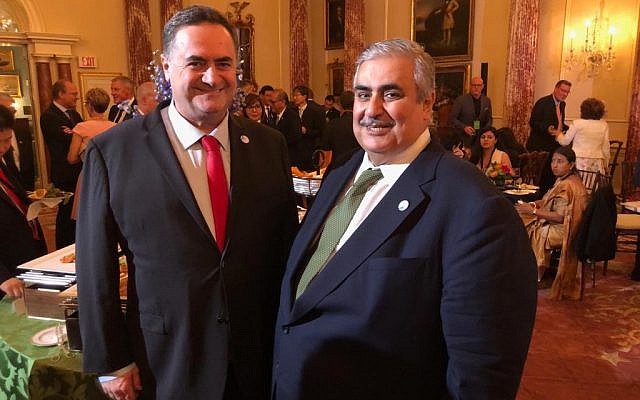 For a purportedly “pro-peace” organization, J-Street has been quite silent on actual progress towards peace between Israel and the Arab world.

Since Israel’s Foreign Minister Israel Katz met the foreign minister of Bahrain in public on Friday, J-Street has been silent.

When Katz visited Abu Dhabi and met with at least one senior UAE official, J-Street was silent.

This has been a consistent pattern with J-Street. No matter what the diplomatic achievements of Israel in the Middle East and Africa and with majority Muslim nations worldwide, J-Street cannot find a nice thing to say.

When Netanyahu sat down with foreign ministers from United Arab Emirates, Saudi Arabia, and Bahrain in Warsaw, and even when he flew to Oman to meet the Sultan Qaboos bin Said al Said, J-Street had nothing to say – except a link to a Foreign Policy article complaining about how the Arab world was abandoning the Palestinians.

Benjamin Netanyahu has made more progress for peace between Israel and the Arab world than Rabin, more than Begin, more than Peres, more than any other Israeli leader. Even the peace treaties with Egypt and Jordan never resulted in smiling photo-ops between Arab and Israeli leaders of the type we have seen so many of in recent months.

J-Street claims to be pro-Israel – even though it cannot say a good word about Israel in any tweets or articles.

Its claim to be pro-peace are just as specious.

But it is definitely telling the truth when it says it is pro-Palestinian.

One out of three ain’t bad, is it?