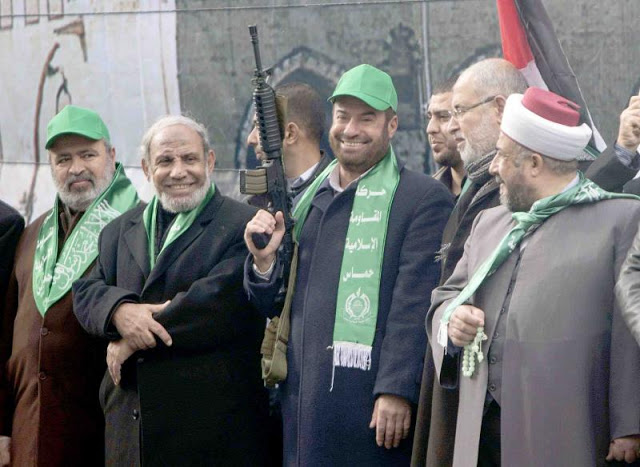 He is evidently a Fatah loyalist, but even so, a Palestinian Arab publicly accusing Hamas of ruining Gaza in English is a little rare:

Many crises that took place recently led Palestinians to question why Hamas has stayed in power but is unable to lift the siege and provide a decent life for the nearly 2 million residents of the tiny costal enclave.

Those who want to work in the governmental sector in Gaza must be a Hamas loyalist or at least supporter. This also applies to international aid assistance from countries such as Saudi Arabia, the United Arab Emirates, Qatar and Turkey and NGOs.

The priority to receive food aid depends on how well a person is connected to the Islamic movement. Housing projects for those whose homes were destroyed in wars with Israel are also prioritised by level of loyalty to Hamas.

If a person has no connection to Hamas, they must be very patient and fight for rights.

No accountability is carried out. Many young people committed suicide because of poverty and debts. The number of beggars — mainly children — in the streets has reportedly tripled.

Mass migration is taking place from Gaza to settle in Europe, especially among unemployed youth and graduates. Even some of those who are rich and who have a stable life have left looking for a better future and to enjoy their basic rights.

Activists and journalists have left because they were unable to express themselves or report without intimidation.

Leaving Gaza is not easy. The Egypt-controlled Rafah crossing is the main gateway for the Gazans to the outside world. They must exert effort to make sure their name is on the departures list. Connections and sometimes bribes are a must to make it out of the “big prison.”

Coordination must go through both Egyptian authorities and Hamas. Reaching Cairo safely from Rafah via the Sinai Peninsula is another story. The suffering has become part of Gazans’ daily life and Hamas is often accused of contributing to the misery by refusing to concede power, allow elections and reconcile with Fatah. The gap between the two parties is big.